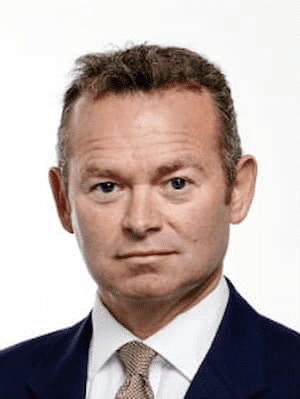 Andy Davies is a media personality serving as a home affairs correspondent for Channel 4 News covering Wales and the West of England. Previously he was a reporter for BBC Panorama and BBC Northern Ireland.

Davies is British by nationality.

There is no information about his educational background. However he must be highly educated considering his career achievements.

He hasn’t revealed any information about his parents and siblings. Therefore it is not known whether he has siblings or not.

Despite being a media personality, Andy has managed to keep his personal life away from the limelight. It is therefore not known whether he is married, single or in a relationship. He hasn’t also shared with the public whether he has children or not.

Davies is a Home Affairs Correspondent for Channel 4 News covering Wales and the West of England. He joined the network in 2006.

In 2019 he was named TV Journalist of the Year by the Royal Television Society. This followed his reporting on the programme’s award-winning Cambridge Analytica investigation and ‘Out in the Cold’ homelessness series. His feature ‘Her Name was Lindy’ about a 32 year old rough sleeper who died in Cardiff was shortlisted for the Orwell Prize for Exposing Britain’s Social Evils.

Operating out of Cardiff bureau, he has reported on some of the most high profile criminal cases in recent years (April Jones; Ian Watkins; Jo Yeates; Becky Watts) and previously broke several exclusives on the phone hacking scandal. He is the only journalist to have interviewed ex-police officer Bob Lambert about his hugely controversial double life in which he fathered a child while working undercover.

Before joining Channel 4 News, he was a reporter for BBC Panorama and BBC Northern Ireland. He joined the BBC as a news trainee in 1994, working as a producer before moving to BBC Northern Ireland to report for daily radio and television news programmes. While there, he covered the second IRA ceasefire, the Omagh bomb, the Good Friday agreement and the Drumcree protests.

He went on to report for two years for BBC Northern Ireland’s current affairs programme Spotlight, where he exposed the Real IRA’s weapons smuggling operation in the Balkans. He also fronted the investigation into horse race-fixing, which won an RTS award for home current affairs and led to the resignation of the Jockey Club’s security director.

Andy Davies Salary and Net Worth