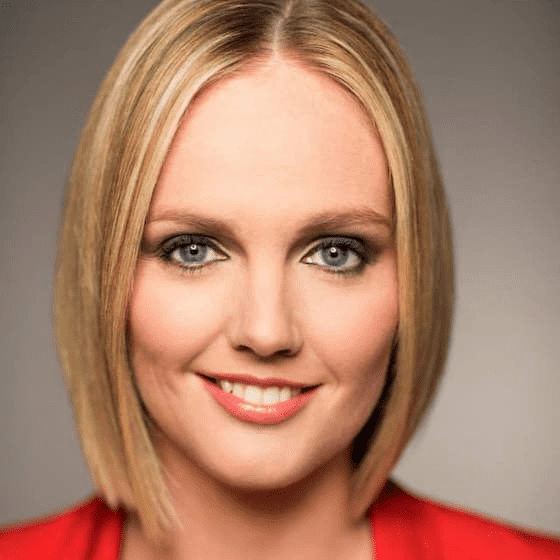 Amanda Davies is a media personality working as a sports anchor for CNN International. She is also an anchor for CNN ‘World Sport’. She joined the network in April 2012 and she is based in London. Previously, she was a presenter at BBC.

She is 5.2 feet tall and weighs approximately 60kgs.

Davies is a British citizen.

From an early age of five years to nine years, Amanda studied at Haberdashers’ Aske’s School for Girls in Elstree, Hertfordshire. Later on her family moved to the Midlands. In Midlands, she was enrolled at King Edward VI High School for Girls located in Edgbaston, Birmingham.

In 2001, she graduated from St Edmund Hall, Oxford with a degree in Geography. She also won the Philip Geddes Memorial Prize for journalism.

Amanda is the daughter of David Davies and Susan Davies. Her father is a former BBC broadcaster. He was also the Executive Director of the Football Association in England. Currently, he is a consultant with Portland Communications, based in London, advising on sport and other subjects. He is also a qualified teacher and holds a certificate of education from the University of Oxford and a BA (Econ) in politics from the University of Sheffield.

Her parents live in the West Midlands of England near Birmingham. She also has a sister named Caroline Davies.

Davies is married to Sam Davies. The couple is also blessed with a daughter. Their daughter, Molly was born in 2009.

However, Molly’s birth was mysterious. Amanda was seven months pregnant when her water broke while presenting the sports news for BBC World. In an interview she said, “It was the BBC World sports shift, which is notoriously quiet. I had not felt right for days but couldn’t put my finger on it. A friend who was six weeks ahead of me in pregnancy had said it was normal to feel a little damp, but I started to Google my symptoms, which was probably a terrible idea.”

She was rushed to Queen Charlotte’s at Shepherd’s Bush. After a thorough examination, the doctors admitted her for monitoring and explained that her baby could be born early. For the next seven days her water breakage didn’t happen, and finally, she went into labor on 25 May 2009.

“A few hours in, the baby’s heart rate dropped and suddenly the doctors rushed in and told me they had to get her out straight away. There was no time for pain relief and I don’t remember anything but a feeling of panic,” she added.

When the baby was finally out she remembers; “The cord was wrapped around her neck, and when we caught a glimpse of her through the crowd of doctors and nurses she looked as if she’d gone ten rounds with Mike Tyson. I was terrified. My husband and I were speechless – it’s not how you envisage seeing your newborn baby. People kept telling us, ‘It’s going to be OK’, but it’s hard to believe. You just have to trust they are doing everything they can. And then, about five minutes after I’d given birth, a doctor said I needed emergency treatment.”

Davies stayed in the neonatal intensive care for six weeks. She had suffered heavy bleeding. She also got breast milk for her child from the milk bank, as she didn’t produce her milk until after two weeks of the birth.

She currently lives with her family in Western London.

Davies is a sports anchor for CNN International, based in the London bureau. She joined the network in April 2012. During her tenure at CNN, she has fronted the network’s ‘World Sport’ coverage for multiple major events. This includes the Summer and Winter Olympics, Football World Cups, Champions League Finals, The Tour de France and the World Athletics Championships.

Alongside being an anchor for CNN ‘World Sport’, Amanda has hosted several sponsored shows on the network, most notably ‘The Circuit’- following the F1 calendar around the globe, hosting live shows from the paddock on race weekends, and interviewing the leading names in the sport including 5-time F1 World Champion Lewis Hamilton.

Prior to CNN, Amanda was a presenter at the BBC, providing the sports news on the flagship BBC News weekend bulletins and BBC Breakfast. She also hosted international football show ‘Sports World Have Your Say’ on BBC World News, and ‘Your News’ — a weekly magazine show. Amanda began her career in production working for Sky Sports and Sky Sports News.

Amanda Davies Salary And Net Worth

She earns an average salary of $200k annually. She also has an estimated net worth of $2 million.