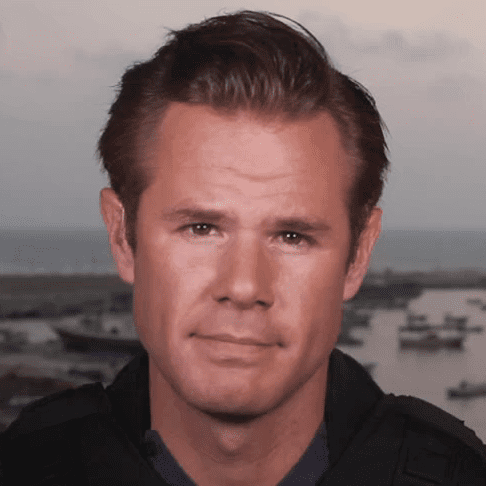 Alex Marquardt is a television personality serving as a Senior National Security Correspondent for CNN based in CNN’s Washington bureau. He joined the network in May 2017. Previously, he was a foreign correspondent for ABC News based in Moscow, Jerusalem, Beirut, and London.

In 2004, Alex received his degree in Technology and International Affairs from Georgetown University’s School of Foreign Service.

Marquardt is the son of Robert Marquardt(father) and an unknown mother. He was born in Bahrain and raised in Luxembourg, Belgium, and Switzerland. His parents are Americans and they reside in London. He has three siblings; Nicholas, Will, and Dana Marquardt.

When it comes to his personal life Alex has been very reserved. He has not shed any light on his dating life. It is therefore unknown whether he is dating, married, single, or gay.

Marquardt is a Senior National Security Correspondent for CNN based in the network’s Washington bureau. He joined CNN in May 2017 and he has helped lead domestic and international breaking news coverage on a wide range of stories, including election security, the intelligence community, national security issues around Covid-19, the Black Lives Matter protests in DC, and the capitol insurrection on January 6, 2021.

Previously, Marquardt was a foreign correspondent for ABC News based in Moscow, Jerusalem, Beirut, and London. During that time, he was on the front lines of the wars and uprisings in the Middle East as well as reporting on the refugee and migrant crisis and the wave of terror attacks across Europe. Alex was among the first correspondents in Cairo as the revolution there exploded, he made many trips to Syria to report on the war from both the regime and rebel sides, and he was on the ground in Gaza in 2012 and 2014 during the wars with Israel and traveled across Ukraine as Russia’s military invaded

Before his international posts, Marquardt was an “embed” reporter with CNN during the 2008 presidential election. He traveled with and covered a number of candidates, including then-Senators Obama, Biden, and Clinton, as well as Governors Romney and Huckabee.

Marquardt has won Emmy, Edward R. Murrow, and Gracie awards, notably for an undercover investigation of underage sex trafficking in the Philippines. He got into journalism first as an NBC Page and then later as an anchor for Channel One News.

Marquardt has an estimated net worth of $10 million.