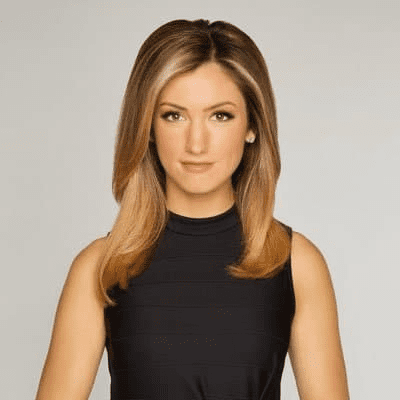 Alex Hogan is an Emmy Award-winning Bilingual journalist serving as a general assignment reporter for FOX News Channel (FNC) based in New York. Previously, she was a morning news reporter and a fill-in anchor for the independent television station WFMZ-TV in Allentown, Pennsylvania.

Hogan is around 28 years old. She was born on December 17 in Switzerland although her year of birth is unknown.

Hogan is a Switzerland national. She was born and raised in Switzerland.

A 2016 graduate of Pennsylvania State University, Hogan holds a Bachelor’s degree in Broadcast Journalism. She was also awarded a regional Emmy award for her work at the school’s Donald P. Bellisario College of Communications.

She is the daughter of Stacy and Jim Hogan. She also has two brothers, Nick and Chris Hogan and she usually posts her family members on her social media pages.

When it comes to her personal life, Alex is private. It is therefore unknown whether she is married, single, or in a relationship.

There is also no information on whether she has a child or not.

Hogan serves as a general assignment reporter for FOX News Channel (FNC). She joined the network in January 2020. Before her role at FNC, she served as a morning news reporter and fill-in anchor for independent television station WFMZ-TV in Allentown, Pennsylvania. In this capacity, she covered various breaking news stories, including the trial of Bill Cosby, the 2017 Cosmo Dinardo murders, and the 2018 Allentown car bombing.

Previously, Hogan worked as a general assignment reporter for CBS affiliate WTAJ-TV covering the Altoona, State College, and Johnston, Pennsylvania areas. She got her start in the industry interning for Bloomberg TV where she field-produced and contributed to the weekend version of Bloomberg Intelligence’s Equity Market Minute. She also interned at NBC O&O WRC-TV in Washington, D.C., where she assisted with coverage of local debates, hearings, and the 2014 Navy Yard Shooting Remembrance.

Hogan is multilingual and has lived in Spain, Israel, and seven states across the United States.