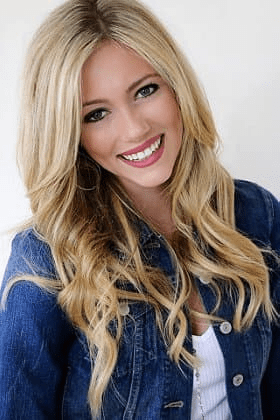 Abby Hornacek is a media personality serving as the host of  “PARK’D,” “Ride to Work” and “American Arenas” series on Fox Nation. She is also the host of the weekly FOX News Radio (FNR) podcast Getting Schooled. Previously, she was a contributor to ESPN and a sideline reporter for FOX Sports.

She is the daughter of Jeff Hornacek and Stacy Hornacek. Her father, Jeff is a former NBA star. He also served as head coach of the New York Knicks.

She has two elder brothers Ryan (born 1989) and Tyler (born 1990). Initially, the family resided in Utah but they later moved to Arizona after their father retired from his career.

When it comes to her personal life, she is private. It is therefore unknown whether she is married, single, or in a relationship.

Hornacek serves as a host of FOX Nation’s “PARK’D,” “Ride to Work” and “American Arenas” series. She joined the subscription streaming service in 2018. On “PARK’D,” she takes fans behind the scenes of the United States national parks, showcasing the nation’s most captivating landmarks while spotlighting various adventures along the way. In “Ride to Work,” she conducts light-hearted interviews with various FOX Nation hosts and Fox News personalities as she drives them to work. Through “American Arenas”, Hornacek embraces her passion for sports and travels to the country’s most beloved fields and sporting venues.

Additionally, she is the host of the weekly FOX News Radio (FNR) podcast Getting Schooled, where she is joined by guests and experts in the field to uncover the origins behind popular buzzwords and phrases.

Prior to joining FOX Nation, she served as a contributor to ESPN and a sideline reporter for FOX Sports. She also hosted “San Diego Prep Insider” on FOX Sports San Diego.

Being the daughter of a famous basketball coach, Abby had sporting genes. She actively participated in various games from an early age. In high school and college, she played volleyball. From her game participation, she got an injury on her right eye.

According to sources, the injury completely wiped out her vision and she underwent double surgery. However, it made her unfit to continue with the sports.