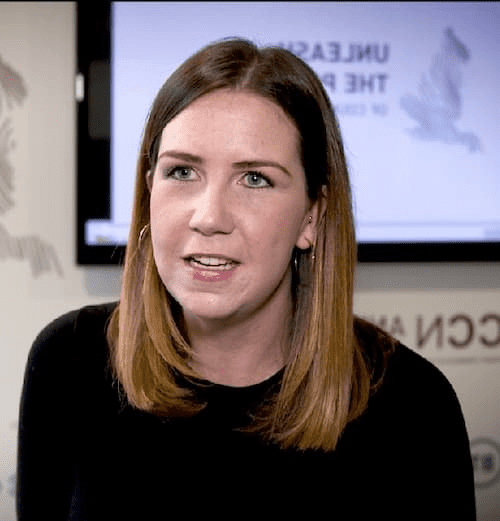 Alex Forsyth is a British media personality serving as a Political correspondent for BBC News based in London, United Kingdom. She is also the host of BBC Radio 4’s weekly debate programme Any Questions? Previously, she was BBC News education correspondent.

Her age ranges between 30 – 40 years old. However, she hasn’t disclosed her birthday.

She studied Politics at Portsmouth University. She also completed her NCTJ prelim exams.

Her parents are unknown. It is also not known whether she has siblings or not. However, on May 17, 2013, when working on Operation Bullfinch she said; “I have missed family birthdays and canceled a weekend break with friends.”

Forsyth is married however she has managed to keep her love life out of the limelight.

In May 2013 she said; “While the jury was deliberating my partner traveled to the Persian Gulf and back and I barely noticed.”

She hasn’t disclosed whether she has children or not.

And managed to marry myself off mistakenly at the same time https://t.co/Ar4MsGBTe2

Forsyth is a political correspondent for BBC News since January 2014 based in London, United Kingdom. Prior to her current role, she worked as a BBC News education correspondent between June 2014 and January 2015.

In 2019, the BBC came under fire after a TV reporter appeared to refer to Boris Johnson winning the majority ‘he so deserves’. Viewers hit out after Alex made the reference during a live link from South Wales during coverage of the general election.

In the clip, which was shared on Twitter, she said: “For the Conservative Party I think the nervousness comes from the fact that their strategy has centered on putting Brexit right at the front of their campaign.

“They have done a relentless focus on Boris Johnson’s promise to take the UK out of the European Union if he wins the majority that he so deserves.”

The clip sparked anger from Twitter users, who accused the BBC of bias.

One wrote: “These ‘mistakes’ are embedded in the culture of the people they employ. It’s that simple – and you are forced to pay for it.”

Another said: “I’ve just reported it to the BBC. Absolutely shocking.”

Ofcom confirmed that it received six complaints regarding the incident, while a spokesperson from the BBC told Yahoo News UK that the gaffe was ‘a slip of the tongue.

Alex Forsyth Salary and Net Worth