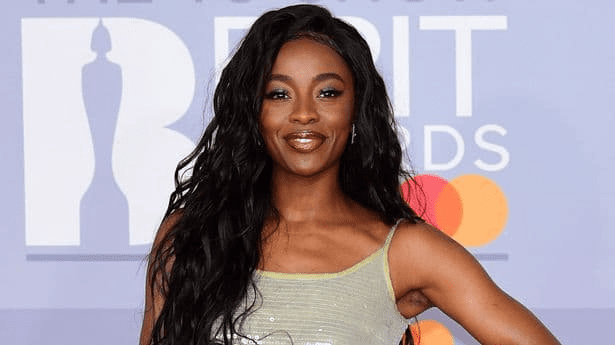 AJ Odudu is a media personality, contributing editor and a home stylist. On August 4, 2021, she was announced as the first woman contestant on the nineteenth series of Strictly Come Dancing 2021.

Odudu is a British national.

She attended St Bede’s RC High School and St Mary’s College. Later on, she graduated from Keele University with a degree in English and Politics in 2009.

Talking about her time in Keele, she said: “Keele had a great impact on me and my further education is a huge part of who I am. I learnt a lot, left with a brilliant degree and a lifelong best friend. Education is an amazing thing, and I feel proud to have a great degree from a great university.”

In 2018, in a documentary show on Channel 4 called Manhunting with My Mum, AJ took a road trip with her mother around Nigeria. The aim of the trip was to find a husband for Odudu, drawing on a Nigerian tradition of parents finding partners for their children.

Her mother played matchmaker as she set her daughter up on carefully selected dates with different men in hopes that one of them would be her daughter’s suitor. For AJ, the journey was about finding a boyfriend as well as learning about the traditions and etiquette of Nigerian dating culture.

Her parents had an arranged marriage the same reason her mum was determined to find one for her.

She has seven siblings.

Odudu is single. In 2020, she told MailOnline, “2020 is not the year for my love life.” She also revealed what she is looking for in a partner.

“I am genuinely a personality girl, I like charismatic guys who can take the mickey out of themselves but when it comes to work, they are focused and they know what they want in themselves and in a partner.”

AJ also explained how the pandemic affected her love life, “I have been all al one, I didn’t move back in with family, I didn’t see anyone. I took it so seriously for months, so to come out of it still sane, I was really proud of myself!”

She added, “It’s so funny because I thought “right this is the time I’m going to go on a date!” and then just as I was getting out there, lockdown two happened and now I’m just focused on work. I do not mix business with pleasure. 2020 is not the year for my love life sadly.”

Prior to the November lockdown, AJ embarked on a quest for love on TV shows, Manhunting With My Mum in 2018, and Celebrity First Dates Hotel in 2019. However, she never found love. While concluding she said, “When I find him I’m going to be like “where the bl***y h**l have you been?!”

On August 4, 2021, AJ was announced as one of the celebrities in the Strictly Come Dancing 2021 line-up alongside McFly singer Tom Fletcher and comedian Robert Webb on The One Show.

She is the first woman to be confirmed for the dancing competition. She revealed that her own mum didn’t know that she’s going on the dance competition and she had to lie about her whereabouts when coming down to London for The One Show announcement.

Odudu is also known for appearing on screens alongside Emma Willis and Rylan Clark as part of Channel 5’s Big Brother’s Bit on the Side team. However, she left the show in November 2013. Later on, she co-hosted 4Music’s Trending Live! Program. In July 2021, she also won the second series of Celebrity Karaoke Club on ITV2.

Additionally, Odudu took part in the 2019 season of Celebrity SAS: Who Dares Wins. More recently, she joined the cast of ITV’s celeb gameshow, Apocalypse Wow, as one of the presenters. She’s also made guest appearances on several prime-time shows including The Last Leg back in June, ITV’s Celebability, Catchphrase, The Voice UK and BBC’s The Wheel and Would I Lie to You.

As a Black woman born to Nigerian parents in the UK, AJ had a rough life. When talking about her battles with racism she said, “The events of recent weeks have been traumatic on a personal level, forcing me to reflect on my own experiences, and dragging up dark memories I had buried.”

She continued, “Memories like: being told by a stranger in the supermarket as a six year old to wash my face; the time the friend I’d made at primary school’s parents set their dog on me; the time my white boyfriend said his pillow looked like it had been defecated on where my make-up had rubbed off; the time I walked into an expensive shop and extra security was called to “keep an eye on the Black girl”; the time my friend’s dad came to our flat and described the “pack of darkies” he’d driven past to get there.”

“The countless times I’ve been told to go back to where I came from; or the time a concerned resident called the police on my 10-year-old brother, who was then illegally detained for hours without his parents’ knowledge. His crime? Doing a paper round in a posh white area. (How ironic that my brother now works as a senior NHS doctor.) This is before taking into account the times I’ve been physically beaten, spat at, and called disgraceful names.”

Despite her sufferings she thanks her family for their support. “With the support of my family, my constant pillar of strength and protection, I have risen above hate with love and excellence, and a very strong sense of self. I have my dream job as an established TV presenter, my London property and my bright spirit – all achieved in spite of a society that tried to keep me in my place.”