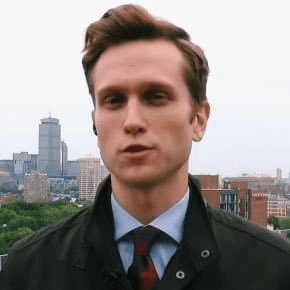 Zak Hudak is an American Journalist serving as the Congressional Reporter at CBS News in Washington, District of Columbia, United States. He previously worked as a Campaign Reporter for the same organization in 2020.

No availed or updated information disclosing Zak’s age, year of birth, or when the journalist celebrates his birthday.

His physique detailed data is not clearly outlined.

Hudak is an American national.

The Journalist attended The Hill School and years later graduated with a degree in Bachelor of Arts – BA Philosophy from Emory University in 2017.

His parent’s identities are not yet availed to the social media. It’s also not clear whether he has siblings or not.

Despite his profession and numerous appearances on television Hudak has managed to keep his personal life private. It’s therefore unclear whether he is married, dating, or single.

In 2020 Hudak worked as a Campaign Reporter for CBS News, where most of his coverage was done on the road before climbing to his current position as the Congressional Reporter in Washington DC since Jan 2021. He also served as a National Desk Assignment Editor in New York back in 2018.

While in New York Zak held various responsibilities with various organizations. Amongst some of his positions were Evening News Broadcast Associate, Evening News Production Associate, and National Desk News Associate in 2017.

He also worked as Editor-in-Chief for The Emory Wheel in the Greater Atlanta Area, where he managed a newsroom of up to 50 for a financially independent college paper. Zak also oversaw all content including weekly print and daily online publication. He was as well responsible for a 40 percent reduction in costs, increase in profits, and first net gain in 15 years. The Editor-in-chief also oversaw the coverage of a story that shattered the paper’s previous page view record by ten-fold conducted the first interview with former president Jimmy Carter after his cancer diagnosis in 2015.

In the Greater New York City Area, the Journalist worked at CBS News as a National Desk Intern in June 2016. He sourced and pitched stories for the CBS Evening News, CBS This Morning, and CBSN.His other roles included verifying breaking news, logging press conferences, monitoring news wires, and verifying crowd-sourced photos,
reported in the field with digital journalists, conducted research for producers as well as interviews, and set up shots for digital journalists and cameramen.

Zak Hudak Salary And Net Worth

His earnings and net worth are under review.