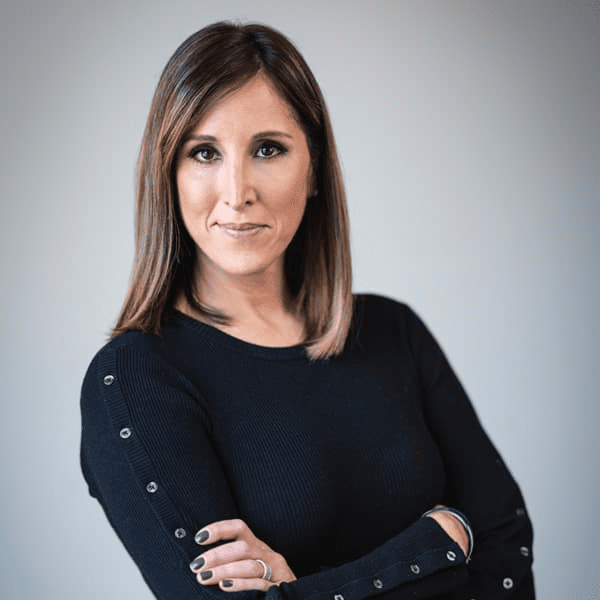 Yasmin Vossoughian is a media personality serving as an anchor for MSNBC (Saturdays and Sundays from 3 to 5 p.m. ET). Previously, she co-anchored “Morning Joe: First Look.” She was also a correspondent for HLN.

Vossoughian is an American citizen. She also belongs to the Iranian-American ethnicity.

Yasmin studied at Cornwall Central High School. She later transferred to Northfield Mount Hermon School in Northfield, Massachusetts where she graduated in 1996.

In 2000, she received a Bachelor’s Degree in Economics and History from Occidental College in Los Angeles, California. She is fluent in French and Farsi.

Born and raised in the United States, Yasmin is the daughter of Ahad and Shamsi Vossoughian. Her parents are from Iran and they are also Muslims.

She has a sister and a brother.

Yasmin is married to Whittaker Clifford, a businessman and the Managing Partner at Clifford Associates Inc. since January 2002. He was born on October 23, 1980. He also attended Georgia Southern University and graduated with a degree in Communications.

Vossoughian has two sons with her husband, Clifford. Their first son, Azur was born on October 14, 2016. Yasmin was already five months pregnant with him during her wedding. On August 9, 2018, the couple welcomed their second son, Noor.

Vossoughian is a weekend anchor for Yasmin Vossoughian Report aired on Saturdays and Sundays from 3 to 5 p.m. ET at MSNBC. She joined the network in 2017 as co-anchor of “Morning Joe: First Look,” the predawn newscast that leads into MSNBC’s signature morning show.

Prior to joining MSNBC, Yasmin was a correspondent for HLN since May 2014. While there, she covered a variety of beats including entertainment and breaking news. Previously, she was a host and producer for a live news and entertainment program at AOL. She also served as a reporter for the local New York City cable news channel NY1.

Before NY1, she was an international correspondent for the innovative online video news program oneminutenews.com, which presents a humorous digest of trending news. Her entry into journalism was as a world news correspondent at the Gallup World Poll. In that role, she interviewed leaders from across the globe including Madeleine Albright in Qatar, Newt Gingrich in Washington D.C., young West African victims of HIV/AIDS and malaria, Fatah youth in the West Bank, and experts in water filtration and environmental protection in Singapore.

Vossoughian’s “big break” was in 2005 as a correspondent for Al Gore’s newly launched Current TV. The following year she received a Cine Golden Eagle Award for her work there.

Vossoughian does not have a tattoo. However, she was born with a large, purple birthmark covering much of her left leg.

During the 3rd hour of TODAY in July 2019, Yasmin talked about her journey to self-acceptance. “I’ve been exhausted with hiding things from everybody, trying to cover up my birthmark so nobody sees it. I’m on the point where I am like, ‘You know what, let’s put it out there, and if people don’t like it, well, too bad for them.’”

In a recent interview with Parade magazine, she also added; “It can be really taxing psychologically for me to think about it, especially in the summer months when I’m thinking about what I’m going to wear to hide it from the camera. But I’m done. I’m over it.”

“This is a career where you can sometimes be judged as much by how you look as by what you say. I hate it but that’s the truth. When I was younger, I was reticent to talk about — and be out about — my leg. I wanted to rise in my career by being me and not being judged by something like a birthmark. At 40, I want to be more open about it.”