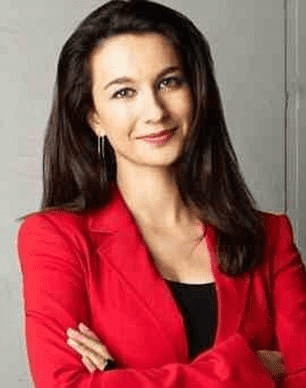 Yalda Hakim is an award winning media personality serving as an anchor and correspondent. She is also the host of BBC World News’ Impact with Yalda Hakim.

She is tall in stature however her exact height is unknown.

Hakim is an Australian citizen.

Hakim attended Macarthur Girls High School in Parramatta, Sydney as well as Parramatta West Public School. While at Macarthur, she was a sports captain. She also played the violin.

In 2005, Hakim obtained a Diploma in Journalism at Macleay College, Sydney, and graduated with a journalism degree via distance education from Monash University in 2007, in addition to a cadetship at the Special Broadcasting Service.

Besides English, Hakim is fluent in Dari, Hindi, Pashto, Persian and Urdu.

Hakim was born in Kabul, Afghanistan. However, her family fled the country during the Soviet–Afghan War when she was six months old. For 10 days they travelled overland to Pakistan, Hakim and her mother on one horse, her older brother and sister (aged seven and nine) on another, and her father walking ahead. After two years in Pakistan, the family settled in Australia as migrants in 1986, when she was three years old.

She said: “My father told my siblings we were on an adventure. He was an architect, and avoiding conscription. My parents knew that if we were captured we would be killed.”

Her father was an architect while her mother was a nurse.

She has three siblings; an older brother and two sisters, one younger and one older.

She is married to Abed Rashid, an avionics engineer at Royal Australian Air Force. He has served there for eight years.

The couple have a son together.

Hakim is an anchor and correspondent. She is also the host of BBC World News’ Impact with Yalda Hakim. During her tenure at BBC she has reported from Yemen and Libya to northern Iraq and northeast Syria – a long deployment that saw her donate her expressed breast milk to Syrian refugees.

She first appeared on BBC World News and the BBC News Channel in March 2013. In October 2013, she interviewed Hamid Karzai, the President of Afghanistan, for Newsnight. Since March 2014, she has made several appearances as the presenter on Impact, ultimately becoming the programme’s main presenter later that year.

In 2009, she was awarded the United Nations Media Peace Prize for best Australian Television News Coverage. She has also been a finalist for the Walkley Young Australian Journalist of the Year Award.

Beginning in 2011, Hakim co-hosted Dateline with fellow video journalist Mark Davis, the two taking it in turns to present the programme in approximately six-week blocks, while the other was away on assignment.

In partnership with the American University of Afghanistan, Hakim’s Foundation; The Yalda Hakim Foundation supports the education and professional advancement of exceptionally talented young women in Afghanistan in particular those from economically and socially disadvantaged backgrounds through scholarships, internships, and mentoring.

In August 2021, just hours after the Islamist group stormed Kabul, Hakim appeared startled when she received a call on her mobile phone from the Taliban spokesperson.

“Okay, we have got the Taliban’s spokesperson Shail Shaheen on the line. Mr. Shaheen, can you hear me?”

He confirmed that he could hear her and immediately began talking. He said: “There should not be any confusion, we are sure the people of Afghanistan in the city of Kabul, that their properties and their lives are safe.

“There will be no revenge on anyone. We are the servants of the people and of this country.

“Our leadership has instructed our forces to remain at the gate of Kabul, not to enter the city.

“We are awaiting a peaceful transfer of power.”

Yalda Hakim Salary and Net Worth