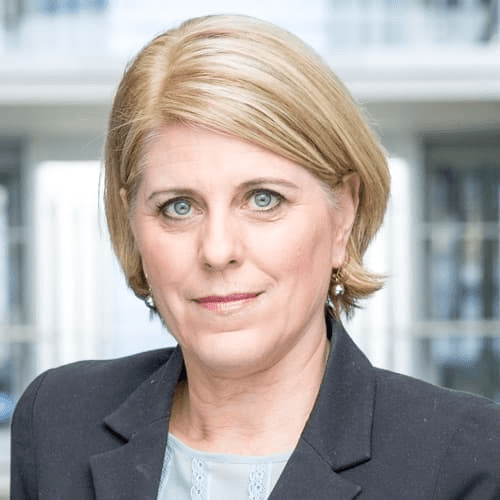 Victoria Macdonald is an award-winning journalist serving as Health and Social Care Editor at Channel 4 News. She is also the Chair of Validity (formerly MDAC), an international human rights organization that uses the law to secure equality, inclusion, and justice for people with mental disabilities worldwide. Previously, she was Health and Social Care Correspondent for Channel 4 News since 1999.

She is around 59 years old. She was born in New Zealand.

Macdonald is a New Zealander by nationality.

She graduated from the University of Auckland.

Victoria is originally from New Zealand. She was raised by her father and stepmother, Christine. She also has a sister, Sarah, and a brother who resides in New Zealand. Her sister was diagnosed with breast cancer.

“My stepmother wasn’t like that. I was 10 years old and my sister, Sarah, was just six when Dad introduced us to Christine (or Chris, as we always called her). She was, in our eyes, impossibly glamorous with long, thick, wavy brown hair. She had the most beautiful clothes and always painted her nails,” Victoria said.

Victoria is married to her husband Andrew Winter. When she and Andrew met, she was 39 while he was 44.

“Much as we loved each other, we shared a feeling that there was something missing in our lives,” Victoria shared.

“It was something that couldn’t be filled by our jobs — I work in TV news, Andrew in the music industry,” she added.

After a journey full of ups and downs Victoria finally become a mother at the age of 47 while Andrew became a father at 52.

Victoria and her partner Andrew are the parents of Gabriella Grace. She was born in July 2009 at Queen Charlotte’s Hospital in West London. She has an ear for music, which she has inherited from her father. Gabriella also has his eyes, too dark-lashed and an unusual hazel brown, and his smile.

“Sometimes I regret that aged 50, I can see nothing of me in my daughter — at least physically. The fact is that Gabriella, my beautiful, bright little girl, is only ours and here with us today because a university student in Spain donated her egg to me,” Victoria narrated.

She conceived her daughter with the help of egg donation from a 19-year-old Spanish woman.

“We know very little about the woman who donated her egg to me because, unlike in the UK, egg donation in Spain is anonymous. According to the information sheet we received, she was 19, 5ft 5in (the same height as me), with the same light-brown hair color as me and the same green eyes.”

Prior to opting for an egg donation, the couple had four IVF.

“Four times we went through IVF, and four times it failed. Even now, I remember with absolute clarity the inexpressible disappointment of looking, in vain, for that blue line on the pregnancy test stick.”

“We discussed adoption, but Andrew was less keen than me: he wanted any child to be genetically his own,” Victoria said.

“If I was honest with myself, what I wanted more than anything was to be pregnant, to give birth, to experience that moment when a newborn baby is placed in your arms, then to nurture him or her, making them as safe and happy as possible,” she added.

The couple paid £720 which went to the egg donor in order to make their dream of becoming parents come true. Sadly, the first attempt was unsuccessful.

After another attempt, Victoria finally became pregnant. “During my pregnancy, we took photos of me every month so we could show our baby that this was her Mummy: I had carried her and given birth to her.”

Macdonald serves as Health and Social Care Editor at Channel 4 News. She is also an award-winning journalist, who has been covering health and social care issues for Channel 4 News since 1999. She reports on changes in the NHS, the reforms, and the politics whether it is in hospitals or in the community or, indeed in Westminster.

In addition, Macdonald closely follows the care system and how it impacts the elderly and those with disabilities as well as investigating issues, including mental health, HIV/Aids and TB, and child health.

Prior to joining Channel 4 News, she worked for the Sunday Telegraph as Health Correspondent. She is also the Chair of Validity (formerly MDAC), an international human rights organization that uses the law to secure equality, inclusion, and justice for people with mental disabilities worldwide.

Victoria Macdonald Salary and Net Worth