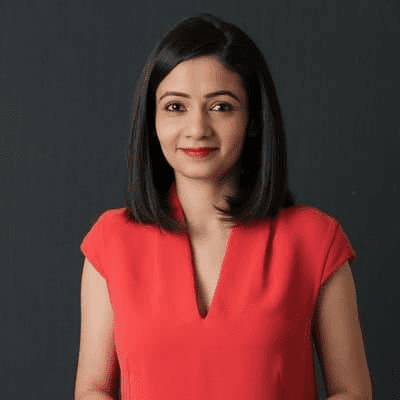 Vedika Sud (Vedika Sud Sachdeva) is a television personality serving as a reporter for CNN based at the network’s New Delhi bureau. She joined the network in January 2020 as a field producer. Previously she was an anchor and deputy news editor at India Today. She was also a news anchor and senior news producer at NewsX and Times Network.

She is an Indian national since she was born in India.

She studied ISC at La Martiniere For Girls in Kolkata from 1987 to 2002. She also graduated in 2005 with a Bachelor’s degree in English Literature from Sophia College for Women in Mumbai. In addition, she received a Post Graduate Diploma in Media Studies from Sophia Polytechnic in 2006. She is fluent in Hindi and Bengali.

There is no information about her family. It is therefore unknown whether she has siblings or not.

When it comes to personal life, Vedika is very private. It is therefore unknown to the public whether she is married, single or in a relationship.

There is no public information on whether she has kids or not.

Since August 25, 2020 Sud is a reporter for CNN based at the network’s New Delhi bureau. She joined the network in January 2020 as a field producer and she is responsible for leading the editorial agenda and news gathering in India and the region.

Sud has been a broadcast journalist for over 13 years in India. She has worked as a primetime anchor, reporter and producer with English-language national news networks including India Today, NewsX and Times Now. During her career, she has covered a variety of stories, including environmental issues, national and regional elections, politics, terror attacks, and social and gender equality.