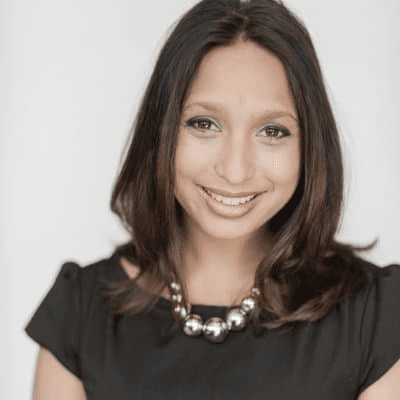 Tulip Mazumdar is a media personality serving as global health correspondent for BBC News. Previously, she was a reporter at BBC News and BBC Newsnight.

Mazumdar holds British nationality. She also belongs to a mixed ethnicity. Additionally, she is of Indian Bengali descent.

From 1992 to 1999, Tulip attended The King’s (The Cathedral) School, Peterborough where she studied Sociology. She also graduated from the University of Liverpool with a Bachelor of Arts (B.A.) in Sociology in 2002.

While at Liverpool University, she made news CDs for the student union bar.

Mazumdar is from Spalding, Lincolnshire. Her mother chose her name while gazing on the blooming bulb fields during springtime in Lincolnshire.

However there is no more information about her parents. It is also not known whether she has siblings or not.

She is married however she has managed to keep her husband away from the limelight. She wrote, “My husband holding my hand, and my baby being born,” when she was reflecting on her experience of pregnancy and baby loss.

“My losses went from bad to worse. The first was an early pregnancy test, followed by a late and long period, that’s known as a chemical pregnancy. The second was what’s called a “blighted ovum” where a gestational sac was found, but no embryo was developing. I lost that pregnancy while on an assignment for work, reporting on maternal health in a Greek refugee camp.”

“Then there was Rivah. My tiny little boy. He was born without a heartbeat. Born sleeping as some people prefer to describe it. Rivah arrived in a perfect amniotic bubble, after a strangely beautiful labour. I’ve felt so bizarre admitting I “enjoyed” the birth. But it was the only thing we were able to do together. My husband holding my hand, and my baby being born.”

After Rivah, Tulip and her husband were advised to try again after the tests she had came back normal.

“So, I was just “unlucky” I was told. All my investigative tests came back normal and we were advised to simply try again.”

“So we did, and we got pregnant again the same year. I was terrified, depressed, and exhausted with grief. But I was fast approaching 40, and waiting didn’t feel like a good option. Rae was born four days later. The birth was traumatic. I lost a lot of blood and ended up having to go into theatre.”

“Like I had done with Rivah, I spent the night with Rae. He lay beside me, wrapped in a tiny yellow gown and placed in a special cot that’s kept cold. I had brought leaves from the myrtle tree we had planted for Rivah, and rose petals which I placed beneath him.”

Mazumdar is a Global Health correspondent for BBC News based in London since September 2013. She reports on a wide range of global health issues for all global and domestic BBC news outlets. She led the BBC’s coverage of the Ebola outbreak in West Africa. Mazumdar has also reported on other special reports such as drug resistant TB in Mumbai, Middle East Respiratory Syndrome in Saudi Arabia, access to pain relief in Uganda and the psychological impact of typhoon Haiyan in the Philippines.

Occasionally, she presents the health programme Healthcheck on BBC World News. She has also made longer films for Panorama and Newsnight. For Panorama she traveled to former Boko Haram held territory to investigate what happened to the Chibok Schoolgirls. For Newsnight, she looked at the little reported birthing injury obstetric fistula in east Africa.

Mazumdar began her journalism career at BBC Radio Merseyside. From there she moved to the news department broadcasting on the BBC station 1Xtra. She has also worked on the BBC Radio 1 Newsbeat programme, the Radio 4 Today programme, Newsday on the BBC World Service and appeared on BBC television where she has reported from Helmand, Afghanistan, on the conflict and its impact on local communities. In 2014, Mazumdar reported for the BBC and world media on the Ebola virus epidemic in Sierra Leone.

Tulip Mazumdar Salary and Net Worth