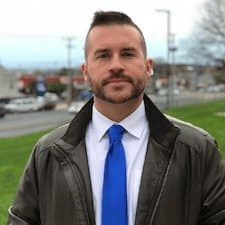 Tom Rader is a media personality serving as a Television News Reporter at WFMZ-TV. He joined the station in 2016. Previously, he was an owner at Tom Rader media.

Despite being a media personality, he has managed to keep his personal life away from the limelight. He has not disclosed information concerning the date, month, or year he was born. Therefore, his age is unknown.

Rader is American by Nationality.

He joined the Shippensburg University of Pennsylvania in 2003 and later graduated in 2005 having studied communication and media studies.

Later, he joined Temple University and graduated with a bachelor’s degree in communication and media studies.

At the university, he Studied broadcasting, film, and theatre and had an especially great experience touring with an original theatre show called In Conflict, created at Temple University.

Due to his secretive nature when it comes to matters pertaining to his personal life, he has not disclosed information concerning his marital status to the public.

Tom began his career as a journalist as a host/ performer/producer/public relations at Acoustic Philly. He performed, produced, and handled public relations for over 100 Philadelphia-based artists and performers. His duties included hosting open mics, festivals, and radio shows and helping to promote and empower local artists.

He also served as a multimedia journalist (Fox 2 News/Univision 48). He was responsible for one news package and three visits per day concerning the Upper Valley Region of the Rio Grande Valley.” I was responsible for sending those daily reports to our anchors and producers in El Paso, Texas. ”