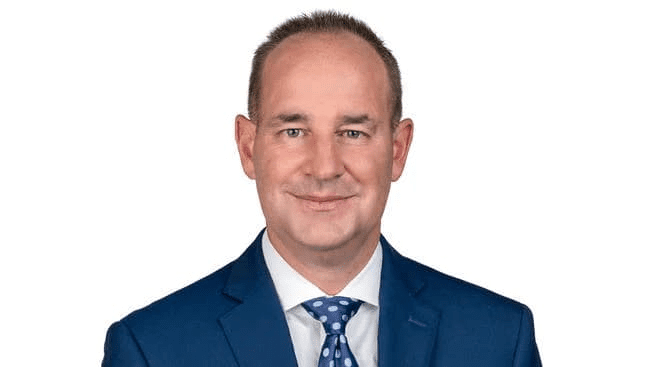 Todd Strain is an award-winning sports anchor and reporter at NBC 7 in San Diego. He is also producing half-hour Down to Earth specials. Previously, he was a sports director at KGET (NBC Bakersfield).

He graduated from UC Santa Barbara with a Bachelor of Arts in History. Also, San Diego State University Digital Media Marketing Professional Certificate is in progress.

Todd is married. However, his wife’s identity is unknown. He lives in Carlsbad with his wife, daughter, and son.

Name a role at NBC 7 and Todd has probably done it. Sports reporting, anchoring sports, news reporting, being a multi-media journalist, producing sports, or producing half-hour Down to Earth specials, Todd has done all those and more.

Currently, Todd splits his time between the sports department and the weekly Down to Earth franchise.

Whether it’s covering a San Diego State football game or creating environmental content, Todd’s many abilities have made him a valuable member of the NBC 7 news team.

He is an award-winning journalist who says the most enjoyable parts of his job are creating unique content that captures the viewers’ attention and making sports interesting to both hardcore fans and non-sports lovers.

Prior to coming to San Diego in 2011, Todd worked in Santa Bara, Medford (OR), and Bakersfield.