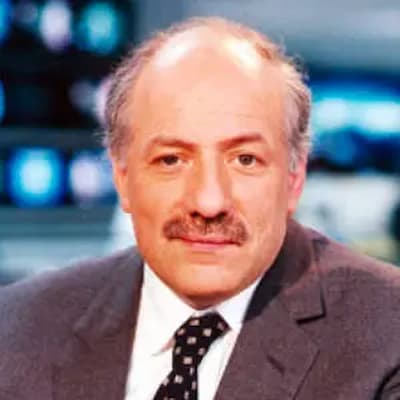 Tim Sebastian is a UK television journalist and novelist. He is the moderator of Conflict Zone and The New Arab Debates, broadcast on Deutsche Welle.

Before serving for the BBC, where he hosted The Doha Debates and was the first presenter of HARDtalk. He also presented Bloomberg TV’s The Outsider, an India-focused debating programme.

Sebastian’s height is not known.

Sebastian studied at Westminster School(a fee-paying independent school in Central London). He earned a BA degree in Modern Languages from New College, Oxford, and speaks both German and Russian. He graduated with a Diploma in Journalism Studies from Cardiff University in 1974.

Sebastian was born and grew up in London, England. Information about his parents is not known.

Sebastian is married to Diane Buscombe. The couple married in 1977. They are parents of three children altogether but there are no details about their children.

He became BBC’s Europe correspondent in the year 1982, for Moscow in 1984 (until his expulsion from the USSR in 1985 and then for Washington from 1986 to 1989. Sebastian has served for The Mail on Sunday and has contributed to The Sunday Times.

Sebastian before served for the BBC, where he hosted The Doha Debates and was the first presenter of HARDtalk.

He was awarded the British Academy of Film and Television Arts Richard Dimbleby Award and was named Television Journalist of the Year by the Royal Television Society in the year 1982.

Furthermore, he has twice won the Royal Television Society’s Interviewer of the Year Award for his HARDtalk interviews.

Sebastian has an estimated net worth of $1.5 Million.