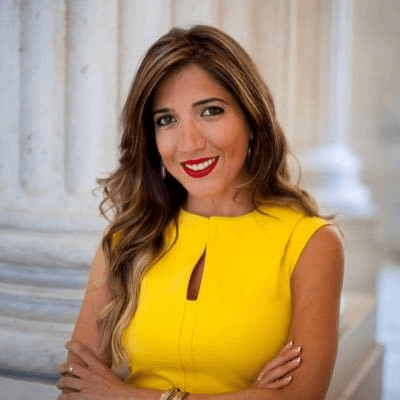 Suzanne Kianpour is a media personality serving as the Host of “Women Building Peace” on BBC World Service. She is also the Capitol Hill Correspondent for “CONTEXT” with Christian Fraser on BBC World News. In addition, she is a Correspondent and Presenter for the BBC based in DC.

She is a graduate of Emory University where she studied abroad at the University of Oxford and attended Georgetown University post-grad.

Kianpour was born and raised in Atlanta, Georgia with a Persian and Sicilian background. She’s fluent in written and verbal Farsi, conversational in Spanish, basic proficiency in Italian and French and began learning Arabic while based in Lebanon for the BBC.

Despite being a media personality Suzanne has managed to keep her personal life away from the limelight. Therefore, she hasn’t revealed whether she is married, single, or in a relationship.

Kianpour is a correspondent and presenter for the BBC based in DC. She can be found reporting and anchoring on BBC World News and BBC WorldService.

Kianpour is also the creator and host of “Women Building Peace” on BBC World Service in collaboration with the Georgetown Institute of Women Peace and security – a program about women and war where she directly connects globally influential women with women living in conflict and posts conflict countries like Ethiopia, Afghanistan, Colombia, and Bosnia-Herzegovina. Her guests have included former US Secretary of State Hillary Clinton, US Ambassador to the UN Linda Thomas Greenfield, Council of Europe Commissioner for Human Rights Dunja Mijatovic, and Paula Gavira, former Presidential Advisor on Human Rights in Colombia.

During the week, Kianpour serves as the Capitol Hill Correspondent for “CONTEXT” with Christian Fraser on BBC World News.

Kianpour began her career covering foreign affairs, politics, national security, and breaking news at NBC News and Fox News before running around the world for the BBC. ​With postings in Washington, Beirut, London, and Los Angeles, her reporting has taken her all over: from various conflict zones in the Middle East to Europe traveling with then-Secretary of State John Kerry at the heart of the Iran nuclear negotiations, to Latin America and the US detente with Cuba, to name a few.

In 2016, she crisscrossed America – covering presidential candidate Hillary Clinton and ultimately returned to Washington, the Trump White House, and the corridors of Capitol Hill, covering the multiple investigations into Trump/Russia ties.​

Over the course of her career, she has landed multiple high-profile exclusive interviews including Iranian Foreign Minister Javad Zarif – the BBC’s first interview with an Iranian official since being banned from the country in 2009 and Khaled Meshaal – Hamas leader in exile in Doha – during the Gaza War of 2014. She also played a leading role in securing the first sit-down TV interview with President Obama post the Iran Nuclear Deal being agreed.​

A skilled moderator and public speaker, Kianpour maneuvers from asking the tough questions on a stage, to actively teaching the next generation on campus and encouraging students to pursue careers in journalism to keep the fourth estate alive and thriving, motivating through personal experiences. She was a fellow at the Georgetown University Institute of Politics and Public Service where she lead discussions on the media’s role and responsibility in society. She’s also guest lectured at Georgetown University’s School of Foreign Service.

Kianpour was named among Emory University’s Class of 2019 40 under 40 alumni and she’s been listed in Washington Life magazine as one of DC’s most influential leaders under 40 for several years in a row. At age 28, she was profiled as a person to watch in the magazine’s May 2015 “Power Issue.”

She is also on the board of the Friends of the American University of Afghanistan and the Women’s Public Leadership Network – as part of her passion and pursuit to get more women educated and involved in public service and national security.

Suzanne Kianpour Salary and Net Worth