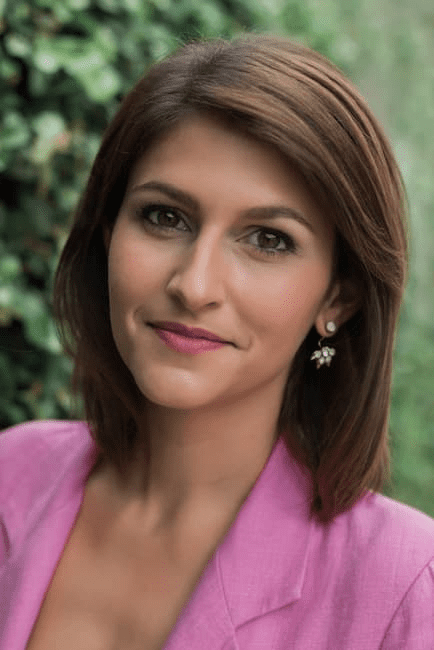 Shannon Murray is a media personality serving as a news reporter for FOX 4 NEWS Good Day from 4:30-9 am. Previously, she was a reporter for Austin’s ABC affiliate, KVUE-TV.

Murray is American by nationality.

Shannon graduated from Duncanville High School in 2006. Her passion for journalism started while she was there. She anchored the school’s newscast, Eye of the Panther News, and won the state competition for broadcasting. She also placed 2nd in nationals in her senior year. Additionally, she credits her media tech teacher, Mrs. Nancy Noyes for ultimately inspiring her career choice.

“My teacher, Mrs. Nancy Noyes, is the woman who encouraged me to pursue journalism in college and she is one of the main reasons I’m still doing it today,” Shannon said.

From High School, Shannon went on to graduate from the University of Texas at Austin with a degree in Broadcast Journalism in 2009. In college, she held an internship with a local news station, KXAN, and spent a summer in Los Angeles where she interned for The Ellen Degeneres Show.

“Working at Ellen showed me this job can be fun, but it takes a lot of work behind the scene to make it happen,” she added.

She was also president of her sorority, Alpha Phi, and got involved with the UT television station, Texas Student Television.

Murray grew up in Duncanville after moving to the area when she was in third grade. At the time, her dad worked for Dallas-based Blockbuster and her mom worked as a teacher at Merrifield Elementary School.

In 2008, she had her first race, The Dallas White Rock Half-Marathon with her dad. Since then she has finished a couple of full marathons, a hand full of half marathons and last year did her first (and last) sprint triathlon in Austin.

She isn’t married. She hasn’t also revealed whether she is in a relationship or not.

Murray is a news reporter for FOX 4’s top-rated Good Day from 4:30-9 am. Before, she reported on the evening news. She joined the station in January 2016.

After graduation from College, Murray landed her first job as a reporter for KOSA, a CBS affiliate in Midland/Odessa. While there, she learned how to do it all – shoot video, edit, produce, report, anchor, and sometimes she even ran the teleprompter. She also picked up a few skills at KCRS Radio, where she learned to run the control board and filled in as host for a political talk radio show.

In January 2013, Murray was offered a job as a reporter for KVUE. While there, she covered crime and courts, sometimes spending weeks inside a courtroom on a high-profile case. She also reported on the horrific crash at the 2014 SXSW festival that killed four innocent bystanders and injured more than 20. Murray was attending the festival when it happened. She followed the story all the way through the trial where the driver was convicted of capital murder.

More recently, she was responsible for extensive coverage of the devastating 2015 flood that swept away entire blocks of homes and killed more than a dozen people. She also had the chance to cover some of the fun stuff like the Austin City Limits Music Festival and Longhorn football (hook ‘em!).

In her spare time, Murray is a wanna-be yogi. She also loves to eat but don’t cook. In addition, she is a runner too. Her first race was The Dallas White Rock Half-Marathon with her dad in 2008. Since then she’s finished a couple of full marathons, a hand full of half marathons and last year did her first (and last) sprint triathlon in Austin. She also serves as a volunteer for Back on My Feet, a group that runs with the homeless to promote self-sufficiency and she’s a mentor to a young lady through Big Brothers Big Sisters.

Shannon Murray Salary and Net Worth