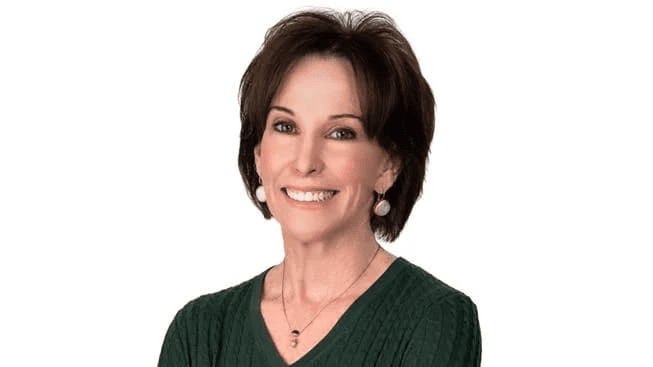 Devine is a graduate of Saint Mary’s of Notre Dame in South Bend, Indiana. She has degrees in French, English, and Secondary Education. She also went to USC for a Master’s degree in Broadcast Journalism.

While teaching during the day, Devine earned her Master’s degree in Broadcast Journalism at night, at the University of Southern California. To pay tuition, she worked as a teaching assistant at USC on the weekends.

She is originally from Boston. As one of seven children, she thinks that a big family environment taught her to be assertive as a journalist.

Rory is married to a psychologist practicing in San Diego. They have a teenage son, Doron, whose Hebrew name means “Gift of Laughter.” Rory’s son is a college graduate.

Devine is an education reporter for NBC 7 in San Diego.

“San Diego is my home, and I feel privileged to be able to report on the issues that affect my family and my neighbors.”

Devine specializes in covering stories about education, where her experience as a teacher proves to be most helpful. After graduation, she first worked at a girls’ Catholic High School, where she taught English. Her next job was very different, and one that made a lasting impact on her life. She went to Watts, where she taught high school students who could only read at a third-grade level.

Her first television job was at KSBY-TV in San Luis Obispo, Calif. While there, she did it all, working as a producer, reporter, and anchor. After that, she went on to jobs as a reporter at WTTG-TV in Washington, D.C., followed by work at KHJ-TV in Los Angeles. She also worked in L.A. during the week, and on weekends, she worked as a freelancer in San Diego. In 1985, she was hired at KNSD full time and made San Diego her home.

In 1996, she brought home the flavor of the Olympic Games in Atlanta, covering the panic over the Olympic Park bombing, as well as the excitement over the gold medal won by the United States Women’s Gymnastic Team. “It was an experience of a lifetime. I will never forget being at the closing ceremonies, where Ray Charles gave a surprise performance. I remember being on the air trying to relate the emotion-filled moment to San Diegans,” she says.

Her work has been honored with numerous awards: Emmys from the National Association of Television Arts and Sciences, a “Golden Mike” from the Radio and Television News Association, Harold Keene Award for Journalism, and honors from the San Diego Press Club. “But my highest honor is being allowed into the lives of people who have shared their deepest, most personal stories with me; how they have enriched my life. There are so many people whose stories I have told over the years, people who have touched my life, who have made me laugh, and who have made me cry,” Devine says.

Rory Devine Salary and Net Worth