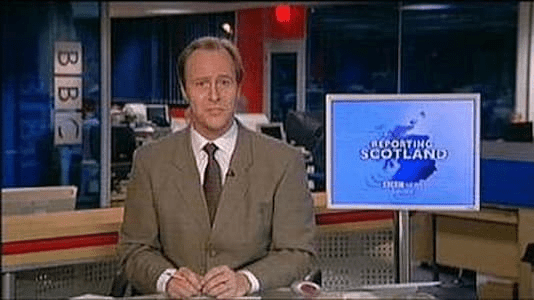 Rob Matheson is a media personality serving as an anchor/reporter and senior producer for Al Jazeera English based in Doha, Qatar. Previously, he was an anchor and reporter for BBC Scotland.

He hasn’t revealed his birthday. Therefore his age is unknown.

Matheson graduated from Edinburgh Napier University in 1986 with a Scottish Higher National Diploma in Journalism Studies.

Despite being a media personality, Rob has managed to keep his personal life away from the limelight. It is therefore not known whether he is married, single or in a relationship. He hasn’t also revealed whether he has children.

Matheson is an anchor/reporter and senior producer working for Al Jazeera English. He is based at the main broadcast-centre, in Doha in Qatar. He anchors the flagship-programme Newshour, as well as half-hour news shows. He’s also an on-screen reporter and works behind the camera as a senior producer. Since May 2017 he’s reported from the UK, Mauritania, South Africa, Oman, Iraq, the Kurdish region of Northern Iraq, China, Jordan, Israel and Gaza. In 2013 Matheson was part of a small team sent from Doha to New York to help set up Al Jazeera America, which launched to acclaim. He anchored pilot shows, as well as developing workflows, editorial guidelines, training and mentoring.

Previously, Matheson was an anchor and reporter for BBC Scotland, where he worked for BBC Scotland television and BBC Radio Scotland. He anchored the Reporting Scotland breakfast, lunchtime and weekend programmes. He was also part of BBC Scotland’s radio presentation department who moved from its old Glasgow headquarters in Queen Margaret Drive to the all-digital broadcast centre at Pacific Quay.

Matheson joined the BBC as a freelance radio reporter and presenter in 1993, mainly working on the morning business show Daybreak and the agenda-setting news programme Good Morning Scotland. He also hosted the radio debate show Personal Touch. He joined the BBC staff a year later as a radio newsreader for radio and TV, before moving back into news in 1998 as an anchor for BBC TV bulletins.

Matheson began his career at a sports agency in Glasgow, before joining a local newspaper outside London. He moved on to work as a reporter and presenter on local radio-stations. When not working for Al Jazeera, Matheson is a voice-over artist, specialising in corporate video.

Rob Matheson Salary and Net Worth