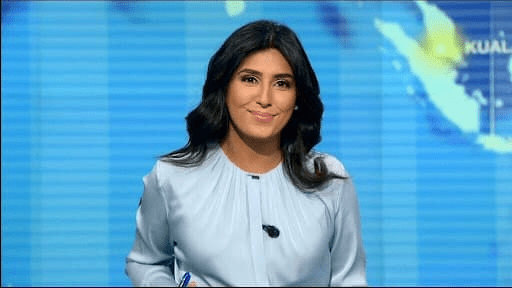 Raheela Mahomed is a moderator and a media personality serving as a news anchor at DW News. Previously, she was a senior producer at Al Jazeera English based in Doha, Qatar.

She was born in London. However her age is unknown.

Mahomed was born in London and raised in Harare. However there is no information about her parents and siblings.

Despite being a media personality, Raheela has managed to keep her personal life away from the limelight. It is therefore not known whether she is married, single or in a relationship.

Mahomed is a leading journalist, presenter and moderator, currently working for Deutsche Welle, Germany’s English language news broadcaster. Joining the broadcaster in 2021, Raheela has carved a successful career with many other world-renowned broadcasters. Having also been the moderator and conference host at the Future of Media Leaders Summit Digital Transformation section and the guest speaker for the Future of Broadcasting panel discussion, Raheela is now a popular choice as a host and speaker booked to cover topics of international affairs, digital transformation, diversity, equality and inclusion.

Raheela has forged a successful career working with top media broadcasters across the globe. She has worked in the newsrooms of CNN International, Al Jazeera and Deutsche Welle throughout her career. As part of CNN International, Raheela worked on exclusive interviews with the likes of Zimbabwe Prime Minister Morgan Tsvangirai and also helped in the launch of the CNN Freedom Project, a project that worked to tackle the devastation of human trafficking.

Raheela has also been a Senior Producer for Al Jazeera and presented Newshour, their flagship news programme. She is also widely known for co-presenting and producing NewsGrid, the first interactive show streamed live on social media, and for her work covering the Egyptian presidential elections, the refugee crisis and counter-terrorism in Qatar. She has also heavily reported on issues in Indonesia, such as prevalent stories as the forest fires in Sumatra, anti-government protests, unrest in West Papua and relocating the capital to Borneo Island. With more than a decade of experience in journalism, Raheela has travelled the world broadcasting in locations across Africa, the Middle East and Europe.

Other prominent news stories include digital policy changes in Uganda and Tanzania, fake news during the Mexican and American elections, the #FREEAJSTAFF media campaign, Brexit and more. Her work has been highly commended and she is continually sought to report on the world’s most pressing issues- with her work on NewsGrid earning her nomination for an International Emmy Award. With such a prominent career as a journalist, Raheela is now booked to appear at a range of corporate events either as a guest speaker, host or moderator. Having previously spoken at summits across the globe, including the Future of Media Leaders Summit in Doha, Raheela uses her expertise on international affairs, digital transformation, technology, international developments and international relations to inform her audiences.

Raheela Mahomed Salary and Net Worth