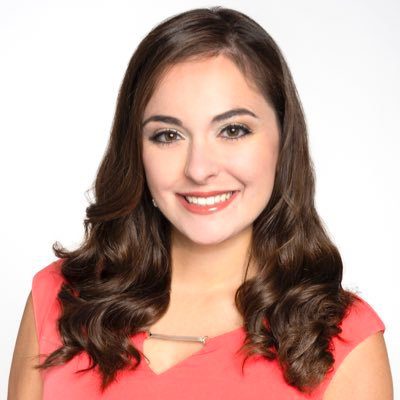 Priscilla Liguori is a media personality serving as an Emmy Award-winning Reporter/ Fill- anchor at WFMZ-TV. Previously, she was a Reporter / Fill-anchor at ABC 27-WHTM Television.

Liguori is tall in stature but her height is undisclosed.

She went to Bethlem Catholic High School. And later attended Emerson College where she graduated with a bachelor’s degree in journalism.

it was in her high school when she began her first journalism job as a student reporter at the Bethlehem Press.

Priscilla was born in Vienna, Austria, and lived in Willemstad, Curacao, and Amsterdam, Holland before moving to Stewartsville, New Jersey in second grade. She is a proud Bethlehem Catholic alum. However, she has not disclosed any information concerning her parents’ and siblings’ identities.

Despite being a media personality, she has managed to keep her personal life away from the limelight. Therefore she has not disclosed any information concerning her marital status.

Priscilla is an award-winning reporter at 69 News. She is thrilled to be sharing meaningful stories about where she grew up in the Lehigh Valley. she focuses on Easton and eastern Northampton County, as well as places up and down the Delaware River, including parts of Monroe and Bucks counties in Pennsylvania, and Warren and Hunterdon Counties in New Jersey.

Before joining the team, she reported and anchored at WHTM in Harrisburg, PA, and WCAX in Burlington, VT. She was also the managing editor, anchor, reporter, and executive producer at WEBN Boston, where she covered the Oscars and Emmys. The Emerson College graduate interned at NBC Nightly News with Lester Holt, The TODAY Show, and American Program Bureau.

Priscilla won a Mid-Atlantic EMMY in the talent – feature/human interest reporter category, and was nominated in the education category for her coverage of school lockdowns. The Associated Press/Keystone Media Awards have honored her work in the best reporter/anchor, best enterprise reporting, and best series categories. She won Outstanding Use of Digital Media from the Pennsylvania Association of Broadcasters.

The Boston/New England Emmys named Priscilla an honoree for student general news for her investigation into the clergy sex abuse epidemic. The Society of Professional Journalists awarded her for student feature reporting and sports photography. At Emerson, she received the honorable Alison Parker-Chris Hurst Mentorship Award, the Radio Television Digital News Association Award, and the EVVY Award for Outstanding News Article. She was a Forbes Under 30 Scholar and a contributing writer at The Culture-ist.