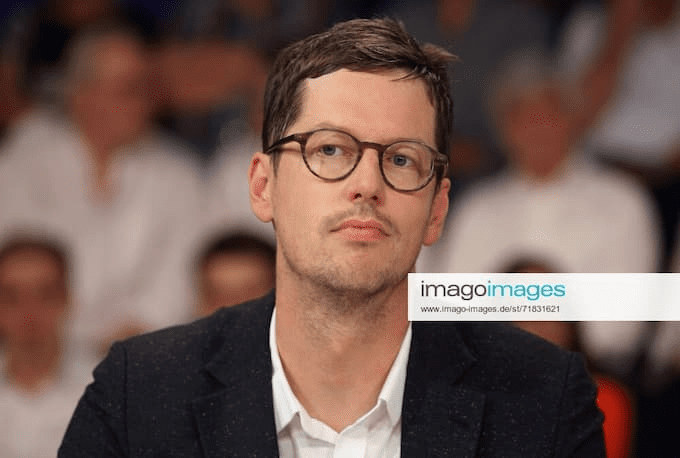 Philip Oltermann is a media personality serving as The Guardian‘s Berlin bureau chief. He is also the author of Keeping Up With the Germans: A History of Anglo-German Encounters.

Oltermann is a German-born British.

He studied English and German literature at Oxford University and University College London.

Oltermann grew up in Schleswig-Holstein. In 1996, in the middle of watching an ill-tempered football match between England and Germany, his parents told him that they were leaving their home city Hamburg behind and move to London. However, it is not known whether he has siblings or not.

Philip lives in Berlin with his wife and son.

The media personality hasn’t disclosed any information about his wife and son. Therefore, their identity is unknown.

Oltermann is a Berlin bureau chief for The Guardian.

He studied English and German literature in Oxford and London before beginning a career in journalism, for both German and English-language media. His articles have appeared in Granta, the London Review of Books, Prospect, The Nation, and Süddeutsche Zeitung, among others.

He is also the founder of the English Writers Football Team, where his running style was once described as “looking entirely italicized”.

Oltermann is the author of the following books;

Philip Oltermann Salary and Net Worth