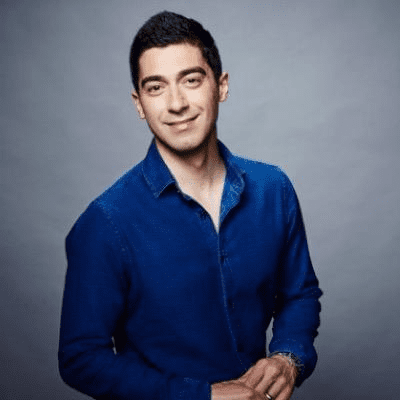 Pedram Javaheri is a media personality serving as a meteorologist and weather anchor for CNN International based at CNN’s world headquarters in Atlanta. He also appears regularly on CNN’s ‘Early Start’ show and HLN’s ‘Morning Express with Robin Meade,’ and occasionally anchors CNNI news shows. He joined CNN in June 2010.

Javaheri is both American and Iranian national.

Javaheri attended Redmond High School. He later joined Mesa Community College and Walter Cronkite School of Journalism at Arizona State University where he graduated with a degree in Broadcast Journalism with minor in Meteorology. In 2002, he was a weather anchor at Arizona State University. While there, he led and developed the school’s first weather department at News Watch TV, an in-school news program broadcast throughout the State of Arizona. One week prior to his graduation, he accepted a position as a meteorologist in Utah at KCSG. He also received a Certificate in Broadcast Meteorology from Mississippi State University.

He speaks Farsi, Turkish and English.

His parents are Turkish-Iranian and his grandfathers on both sides of his family were meteorologists. In Oc tober 1993, his family emigrated from Tehran to Redmond, Washington.

Javaheri is married to Kimberly Javaheri. The couple lives in Atlanta.

He has three kids, two sons and a daughter.

Javaheri joined CNN in June 2010 and he is a meteorologist and weather anchor for CNN International based at CNN’s world headquarters in Atlanta. He also appears regularly on CNN’s ‘Early Start’ show and HLN’s ‘Morning Express with Robin Meade,’ and occasionally anchors CNNI news shows.

While at CNN, Javaheri covered some of the biggest natural disasters in recorded history. In 2013 he extensively covered the strongest storm to have ever made landfall, Super Typhoon Haiyan, as it moved ashore across the Philippines. He was also among the first to report and cover one of the largest earthquakes and destructive tsunami’s ever observed: a 9.1 quake off the coast of Japan that unleashed a deadly tsunami in 2011.

Previously, he was hired by a duopoly station in California’s Central Coast in 2008 to serve as the environmental reporter and present the weather as a meteorologist for KCOY, KKFX, KION and KCBA. He had an audience of over 500,000 television households. While in California, he covered numerous notable events. In 2008, he was on the scene of the Basin Complex Fire in Big Sur, the second costliest wildfire in U.S. history. In June 2009, he became the only reporter in the market to cover the Michael Jackson memorial service at the Staples Center after having won a lottery to attend it.

Prior to that, Javaheri served as chief meteorologist, overseeing all weather operations at a local station in the state of Utah. He is also a member of both the American Meteorological Society and the National Weather Association.

During his time in California, Javaheri received an Emmy nomination for outstanding achievement in weather from the San Francisco / Northern California Emmy Awards. In August 2010, Iranian.com honored him as its Iranian of the Day. He was also part of the CNN weather team that won the prestigious Peabody Award for its coverage of the 2010 Deepwater Horizon oil spill in the Gulf of Mexico.

Javaheri has an estimated net worth ranging between $1 to $5 million as at 2020.