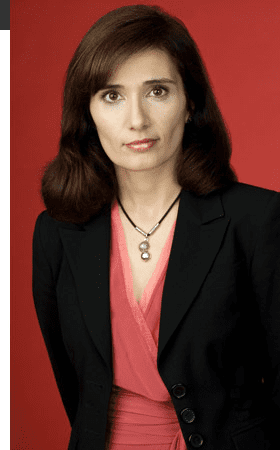 She is a Canadian by nationality.

Newton earned a Master of Business Administration (International Finance) from McMaster University in Hamilton, Ontario. She also received a Bachelor’s degree in Journalism & Political Science (Honors) from Carleton University, Ottawa. Paula speaks five languages; she is fluent in English, French and Italian and has conversational Russian and Spanish.

She has not shared any information about her parents and siblings. It is therefore unknown whether she has siblings or not.

Newton is married though her husband is unknown to the public. On June 15, 2014 she wished her husband a happy father’s day through a tweet. She also mentioned that he is a workhorse.

She has a son.

Newton is an international correspondent for CNN based in Canada. Previously, she served as CNN’s international security correspondent. Based at the network’s bureau in London she was responsible for CNN’s coverage of the issues surrounding the threat of global terrorism from the implementation of anti-terrorism measures, tensions within communities, immigration and the impact these issues have on the daily lives of many individuals.

Newton’s career has combined coverage of the wars in the Middle East, Kosovo and the Balkans with political affairs reporting from the major G8, NATO and Commonwealth Summits. Ahead of UK Election Day in 2016, she took to the railways to engage with voters on the politics, issues and candidates, often reporting live through a specially-modified backpack that allowed for 24/7 live broadcast capability.

Before joining CTV, Newton spent two years as an anchor/reporter at CHCH Television in Toronto and before that two years at Atlantic Television News. She started her career in 1986 as parliamentary producer at Independent Satellite News in its Ottawa Bureau.

Newton has won a number of awards including two World Medals from the New York Festival; one for a news report on organ selling and the other for her coverage of the war in Kosovo. She also won the Best Reportage Award at the Canadian Geminis.