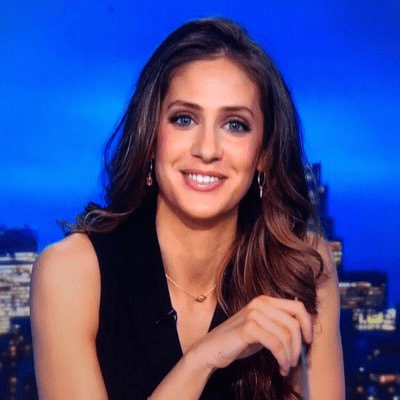 Bianca Nobilo is a media personality serving as the host of The Global Brief with Bianca Nobilo, which airs on CNN International from Monday to Friday at 5 pm ET. She is also a CNN anchor and correspondent based in London.

In 2013, Bianca received a Master of Science in Comparative Politics from the London School of Economics and Political Science, where she specialized in Conflict & Terrorism. She also earned a first-class degree in History from the University of Warwick in 2012.

Bianca is Frank Nobilo’s daughter from his first marriage. His father, a New Zealand professional golfer, remarried in 1998 to Selena Nobilo, a nurse. He also played for the European Tour in the United Kingdom.

Zenon Jakob Stanislaw Stolowski, Bianca’s grandfather was from Poland. He was training to be a Catholic priest in the 1930s before he was arrested as a Polish political prisoner when the Germans invaded Poland and discovered that his seminary was printing Anti-Nazi pamphlets which encouraged people to resist the harsh regime. Zenon spent several years in the concentration camp in Auschwitz.

Bianca is an only child, she does not have siblings.

When it comes to her personal life, Bianca has remained secretive. It is therefore unknown whether she is married, single, or in a relationship.

Nobilo is a London-based correspondent and the host of The Global Brief with Bianca Nobilo, which airs on CNN International from Monday to Friday at 5 pm ET. She joined CNN in 2013 and has reported extensively on the UK’s decision to leave the European Union and on the ongoing Brexit negotiations. She has also interviewed multiple UK cabinet members and regularly reports from Brussels on European politics.

In February 2019 Nobilo sat down for a rare and exclusive interview with The Speaker of Britain’s House of Commons, John Bercow. During the interview, Bercow defended his impartiality and role as Brexit “referee”. In addition to reporting, she has anchored CNN Today, International Desk, and CNN Newsroom.

As a politics producer, Bianca was heavily involved in CNN International’s political coverage planning and newsgathering. In 2017 she covered the Westminster terror attack, the London Bridge terror attack, the British General Election, OPEC summits, and the triggering of Article 50. She has also secured exclusive interviews with IMF Managing Director Christine Lagarde and the Lebanese Minister for Foreign Affairs. Additionally, she interviewed George Osborne on the election of President Trump and the architect of Brexit, Nigel Farage, in the lead-up to the UK Brexit referendum. She also interviewed London Mayor Sadiq Khan in the wake of the Parsons Green attack.

Nobilo produced both the inaugural CNN Middle East Business Forum in Abu Dhabi and the CNN Asia Business Forum in Bangalore. Prior to working at CNN, she worked in the Houses of Parliament and in the defense and security sectors. She has also worked on three general election campaigns, and a nationwide referendum as well as in research, speechwriting, and campaigns for ministers and members of Parliament in the UK. She received the MHP 30 under 30 Journalists to Watch Award in 2018.

Nobilo has an estimated net worth of $1 million.