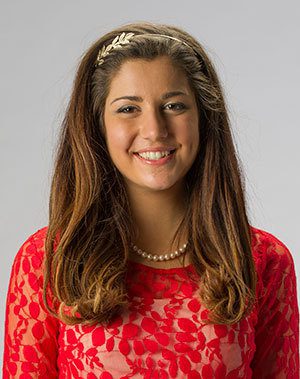 Nicole Sganga is an American reporter. She works on CBS News in the District of Columbia, United States. Before, she served as CBS News campaign reporter on the Trump campaign during the year 2020 presidential election and New Hampshire presidential primary.

She joined Cold Spring Harbor High School and graduated in 2011. Nicole is also a graduate of the University of Notre Dame class of 2015.

She graduated with a bachelor’s degree majoring in both films, television as well as theater, and political science, with a minor in the John W. Gallivan Program in Journalism, Ethics, and Democracy. In the year 2018, she received a master’s degree in International Human Rights Law from the University of Oxford.

The seemingly secretive media personality has kept her love affairs away from the limelight. Therefore it is not clear whether she is single, in relation, or married.

Nicole joined CBS News in May 2015 and began as executive assistant to the bureau chief and also served as internship coordinator until May 2017. Furthermore, during that period, Nicole had an additional role as broadcast associate, Face the Nation, 60 minutes, and also served as Video Journalist.

She serves as a CBS News reporter based in Washington, D.C. as well as reports on homeland and national security, with some politics, mixed in. She is a former CBS campaign reporter in Manchester, New Hampshire.

Before that, she worked served with HELP International in Thailand. Furthermore, she served as an intern at the Cannes Film Festival, followed by a two-month internship at the CBS News bureau in London.

Nicole also served on the program “60 Minutes,” as an intern for CBS News. This is after she participated in the Notre Dame Washington program.