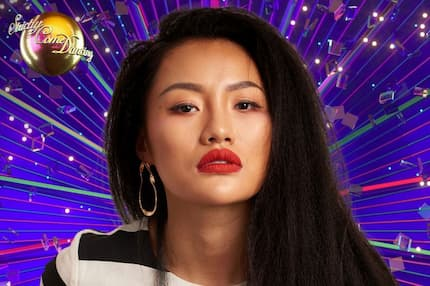 Xu is a Chinese national.

Born in Hunan, China, Nancy hasn’t revealed any information about her family.

She isn’t married. Instead, she is dating Mikee Introna Michele, an Italian martial arts expert and trained choreographer – often putting together careful fight scenes for movies.

Once again Xu will be among the professional dancers taking part in Strictly Come Dancing 2022. The BBC show sees a group of celebs perform each week with a professional dance partner, and compete to win the coveted Glitterball Trophy. The show will start later this year however, the pros lineup has already been given.

However, for the 2019 Children in Need special, Xu was partnered with EastEnders actor Rudolph Walker and they danced a group Cha-Cha-Cha. She returned as a professional for the eighteenth series however was not paired up with a celebrity for the second time and remained part of the dance troupe.

Xu was given a partner for the first time in the nineteenth series when she was paired up with CBBC presenter Rhys Stephenson. The couple was eliminated in the semi-final, coming 4th in the competition. The couple had topped the leaderboard twice, once with the Charleston and again with the Argentine tango, but were also in the dance-off four times.

On joining the Strictly cast, Nancy said: “I cannot wait to start this new journey with all these amazing people and share the magic together.

“Thank you so much Strictly for one of the most beautiful birthday gifts ever, thank you for making my dream come true! This is a very special day.”

Prior to Strictly Come Dancing, Xu was a finalist in the U21 World Championships in 2010, took third place in the 2010-2012 CBDF National Amateur Latin Championships, and was a runner-up at the 2013 International Singapore Championship. She has also been a finalist on So You Think You Can Dance in China and starred in West End and Broadway show Burn The Floor.