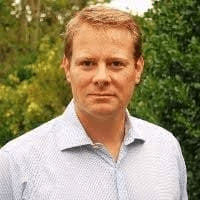 Michael Crow is the Director of Public Policy at NatWest Group. Previously, he was the Head of UK Regional Public Affairs. He also worked as Director of Strategy and Communications at the Scottish Conservative Party from 2009 until 2010. In addition, Michael worked for fifteen years in politics and journalism at STV News.

He has not revealed the year, the month and the date he was born therefore his age is unknown.

Crow is tall in stature but his height is undisclosed.

Michael graduated from Leeds University having studied journalism. He also earned a Master of Arts degree from the University of St Andrews in 1993.

Crow has managed to keep his personal life away from the limelight. Therefore, there is no information about his family background, parents’ identities, and siblings.

He is married with two kids however there is not much information about them.

Michael is NatWest Group’s Head of Public Affairs and a member of the bank’s Scotland Board. His background is in politics and journalism. From 1997 to 1999 he was Westminster Correspondent for STV before returning to Scotland in 1999 to cover the opening and establishment of the Scottish Parliament.

By 1999, he was made a Holyrood-based correspondent and covered the Scottish Parliament for STV from its official opening on 1 July 1999 until December 2008. He also presented Grampian Television’s political program Crossfire from 1999 until its axing in 2004.

Michael also worked as STV’s Political Correspondent until 2009 and was the station’s main presenter for both political and some non-political programmes. “I presented most of STV’s flagship political shows, many of which were live, audience-based programs,” he said.

He then moved to the Conservative Party to work for David Cameron as Director of Strategy and Communications in Scotland. Following the 2010 UK General Election in which the Scottish Conservatives won only one seat, Michael’s post was terminated due to financial constraints.

Scots Tory chair Andrew Fulton said: “As a journalist for 15 years Michael brings with him a huge amount of media and political experience.

“He has worked for STV at both Westminster and Holyrood and is well respected by members of all political parties and his colleagues in the media.”

Andy Coulson, the Tories’ UK director of communications, said: “There has always been a close working relationship between the UK Conservative Party and the Scottish Conservative Party and Michael’s appointment will clearly enhance that position. “I look forward to working closely with Michael as we prepare for the next general election.”

Michael Crow Salary and Net Worth