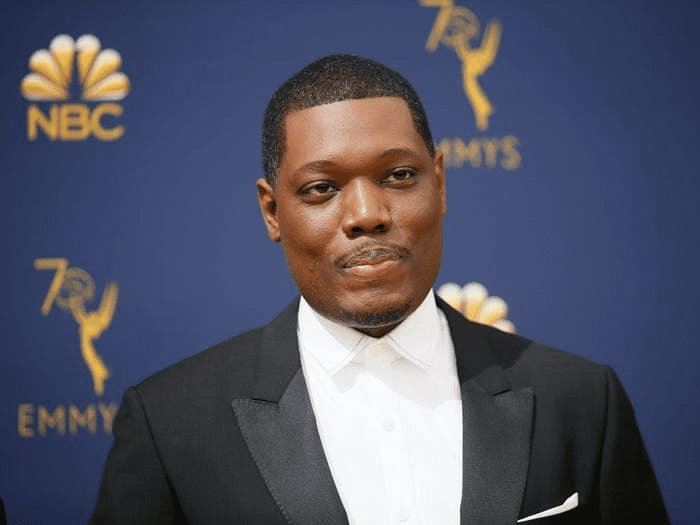 Michael Che is a comedian, writer and an actor. He also works on Saturday Night Live as co-anchor of “Weekend Update” as well as co-head writer for the show. Previously, he was a correspondent on Comedy Central’s Emmy & Peabody Award-winning program The Daily Show with Jon Stewart.

Che is an American national. He also belongs to the African-American ethnicity.

He graduated from the Fiorello H. LaGuardia High School of Music & Art and Performing Arts.

Born in Manhattan, Michael is the son of Rose Campbell and Nathaniel Campbell. His father, Nathaniel named him after the revolutionary Che Guevara. He was also brought up alongside his six siblings and he is the youngest.

Che isn’t married neither has he mentioned whether he is in a relationship. However, he told Howard Stern on his Sirius XM show, The Howard Stern Show, back in May 2021 when asked if he would date a celebrity that he does not want to date anyone famous and does not plan on finding love on the set of SNL like his co-workers have in the past.

“No, absolutely not. Oh my god. You can have them all. No, thank you.”

“It’s so much harder for two famous people to get together and combine forces of attention and press and constant scrutiny,” he continued.

“It’s hard. It’s a very, very hard thing to do. Like, if you’re in love and it’s beautiful, I totally get it, but for me to think to date someone like that… I’m like, ‘Oh my god, that seems like so much work.'”

He also added, “I just want a nice, boring librarian. Nobody famous.”

There is no information about him having kids. It is therefore presumed that he does not have children.

Che is a comedian, writer and an actor. His comedy uses humor to identify humanity in the most controversial actions. He applies street culture to world issues with a delivery that The New York Times describes as “a reflective, laid-back stage presence with jokes that draw as much from his city upbringing…as from blunt, insightful points that bring the abstract into focus.”

Most recently, Che released his original comedy series That Damn Michael Che on HBO Max. The groundbreaking new series uses sketches and vignettes to illustrate what it feels like to experience various every-day situations including racial profiling, unemployment, falling in love and more, from his perspective – It’s less about being “right” and more about being honest, even at the risk of being controversial.

Che is currently in his 7th season as co-anchor of Saturday Night Live’s iconic “Weekend Update” segment where he is also a co-head writer for the show. Prior to joining SNL, he was a correspondent on Comedy Central’s Emmy & Peabody Award-winning program The Daily Show with Jon Stewart. Che has performed stand-up on NBC’s Late Night with Seth Meyers and on CBS’s Late Show with David Letterman. In 2016, he released his first hour-long stand-up special entitled Michael Che Matters on Netflix.

He has made numerous other television and film appearances. In 2018 he co-hosted the 70th Annual Primetime EMMY Awards on NBC. His other appearances include Chris Rock’s film Top Five, Comedy Central’s hit series @midnight, and as a weekly cast member on Vh1’s Best Week Ever.

Che has been nominated for multiple EMMY Awards for his writing on SNL. In 2013, he was named as one of Rolling Stone’s “50 Funniest People” and in 2012 he was crowned the winner of the New York’s Funniest Stand-Up competition at the New York Comedy Festival.

In the recent past, Michael has received backlash for his posts on Simone Biles. Simone Biles is the U.S Olympic gymnast. This was after he added a series of since-deleted posts on his Instagram page in July 2021. He wrote, “man, I wanna make fun of Simone Biles.” He continued, “I got 3 min of Simone Biles jokes in my head. I’m going to the cellar tonight to say them into a microphone. As the dorky kids say I’m choosing violence.”

Che also went on reposting jokes about Larry Nassar, the doctor accused of sexually abusing Biles and countless other athletes.

His remarks ignited anger and a number of people blasted him for his behavior. In his defense, he deleted the posts and claimed that his Instagram account was hacked.

“Can’t believe they got me. Y’all know I only do jokes about whites and cops. S’all good now I changed my password and everything,” he wrote.

Michael Che Salary and Net Worth

His salary is under review. However, he has an estimated net worth of $4 million.