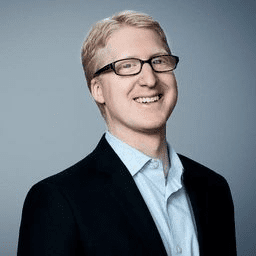 Marshall Cohen is a media personality serving as the CNN reporter based in Washington, DC. He joined CNN in 2015. He was a producer and researcher for CNN’s Political Unit during the 2016 campaign. Previously, he worked for CBS News and its Sunday morning public affairs show, “Face the Nation.”

He was born on November 1, 1991 in Philadelphia, Pennsylvania, United States.

In 2014, he graduated with a Bachelor of Science in Journalism and Political Science from Northwestern University. During his time in college he was a member of the Phi Gamma Delta fraternity. He was also the managing editor of student run newspaper “The Daily Northwestern”. The newspaper won the prestigious National Pacemaker Award while he was there.

Cohen has managed to keep his family out of the limelight. His parents identity is unknown same to whether he has siblings or not.

He has kept his personal life private. It is not clear whether he is married, single or in a relationship.

Cohen is a CNN reporter based in Washington, DC. Since joining CNN in 2015, he has covered the 2016 election, the Russia investigation, the Trump-Ukraine impeachment and the 2020 election, including election integrity, disinformation and attempts to overturn the results.

His reporting has focused on high-profile legal cases, foreign interference in US politics and other matters of national importance, like how the Covid-19 pandemic transformed voting procedures across the country. Cohen has appeared on-air for CNN, in original videos for CNN.com, and has published hundreds of articles, interactive projects, and analysis pieces.

He has received several awards for his coverage of the Russia probe and related court cases, including an Emmy Award and the Society of Professional Journalists’ Sigma Delta Chi Award.

During the 2016 campaign, Cohen was a producer and researcher for CNN’s Political Unit, where he worked on the network’s debates, town halls and other special events. He was part of the team that earned an Emmy Award nomination for producing CNN’s presidential debates.

Previously, he worked for CBS News and its Sunday morning public affairs show, “Face the Nation”. He was also managing editor of The Daily Northwestern when it won the Pacemaker, the highest award in college journalism.

His net worth is estimated to be $1 million.