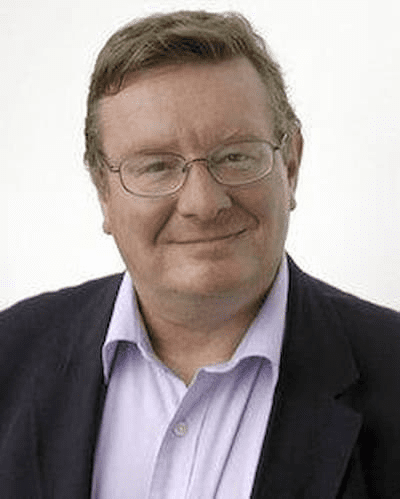 Mark Mardell is a media personality serving as a freelance writer and broadcaster. Previously, he presented Radio 4’s “The World This Weekend.” He was also the BBC’s North America editor and Europe editor.

He attended Epsom College. He also graduated from the University of Kent where he studied Politics.

Mardell was raised in Surrey. However, he hasn’t shared any information about his family background, parents’ identities, and siblings.

He married his wife, Joanne Veale in 1990 and together they have three kids.

Mardell is a freelance writer and broadcaster. He began his career reporting and reading the news for commercial station Radio Tees. He then worked at Radio Aire in Leeds before moving to Independent Radio News in London, where he became industrial editor covering the miners’ strike and then the Wapping print dispute.

Mardell first appeared on television on Channel 4’s The Sharp End. In 1989, he joined the BBC as a political correspondent for the BBC Six O’Clock News. From 1992 to 2000, Mardell worked as a political editor for BBC Two’s Newsnight programme. During this time he covered many political stories, including the fall of John Major’s government and the rise of Tony Blair and New Labour. He returned to the Six O’Clock News, before becoming a chief political correspondent and moving to the BBC Ten O’Clock News in 2003. Two years later he became the BBC’s first Europe editor, covering the impact of European Union laws on people in and beyond the EU, from illegal immigration in Poland to environmental change in Spain.

Mardell regularly presented Broadcasting House and The World at One on BBC Radio 4. He also presented a humorous review on This Week, BBC One’s political chat show. He left his post as Europe editor to replace Justin Webb as BBC North America editor when Webb became a presenter on Radio 4’s Today programme. At the end of April 2014, Mardell left his post in North America and became a presenter on BBC Radio 4, hosting The World This Weekend and the Friday edition of The World at One.

During his last World at One broadcast on 30 October 2020, Mardell announced his surprise departure from the BBC after 30 years. Currently, he is writing a book on Brexit.

Mark Mardell Salary and Net Worth