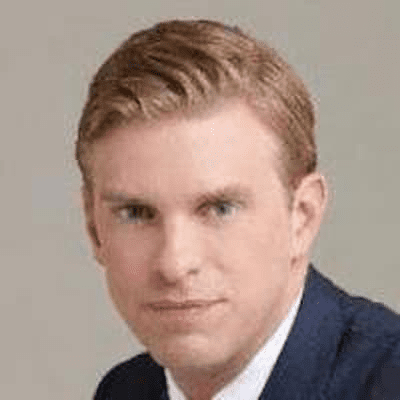 Marc Mallett is a media personality serving as a reporter and presenter for UTV. He is also Northern Ireland correspondent for ITV News.

He was born in north Belfast. However his age is unknown.

Mallett is Northern Irish by nationality.

Mallett attended Cabin College and then Campbell College, Belfast, and later studied at Belfast Metropolitan College. While in School he was into music.

“I’ve always been really into music, playing the piano and brass instruments and I studied music for my GCSEs,” he said.

“I was offered a scholarship to the School of Music, but never followed it through. As a young boy, I dreamed of taking over from Peter Sissons. I was a big fan and he inspired me to choose journalism as a career,” he added.

Marc was born and grew up in north Belfast. His mum, Denise, is a medical secretary at the Ulster Hospital. He also has two younger sisters.

“I’ve two younger sisters and they are not in the media either — they use it as a chance to wind me up, telling me that all I do for a living is read an autocue. But they know that this is something I’ve always wanted to do and the whole family has been really supportive,” Marc said.

Marc is married to his partner, Gareth Milligan. They tied the knot in 2011. They also live in Belfast.

“Yes, I’ve three young Shih Tzu dogs and I love them to bits,” Marc said. “I go home to feed them at lunchtime. I grew up with dogs and when I was living in an apartment that’s what I really missed, so once I got a house, I had a dog before I even bought a sofa.”

Mallett is a reporter and presenter for UTV. He is also Northern Ireland correspondent for ITV News.

Prior to joining UTV, he worked at Citybeat for 10 years, the last four of which he spent as news editor. During his time at UTV, Mallett contributed to Late and Live and The Seven Thirty Show. He was previously a continuity announcer and also presented in-vision weather forecasts for the station.

In 2007, Mallett was the recipient of the Radio News Broadcaster of the Year at the CIPR Press and Broadcast Awards. He also received a finalist’s certificate in the category of Best News Anchor/Reporter (Local) at the New York Festivals Radio Broadcasting Awards, where Belfast Tonight also received a Bronze World Medal in the category of Best News Magazine.

He also worked with the Alzheimer’s Society, developing the Mont Blanc Challenge Campaign which aimed to raise £50,000 through a series of fundraising events and a grueling mountain climb in 2010.

“My granny Bernie Reid, who was a well-known singer in her day — she was the Northern Irish version of Dame Vera Lynn — sadly died from the disease and my family and I want to raise awareness and also raise money to improve the level of care and support offered to people suffering from dementia,” Mallet said.

Marc Mallett Salary and Net Worth