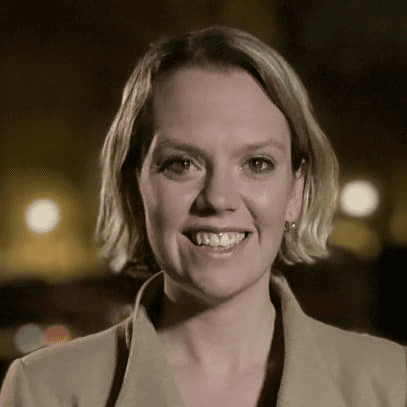 Hannah Miller is a media personality serving as a business presenter at BBC Breakfast. She presents the business news on Thursdays and Fridays, with Nina Warhurst presenting on Monday to Wednesday. She joined BBC in July 2022. Previously, she was a North of England reporter for ITV News.

Miller is around 40 -50 years old. However, her birthday is unknown.

There is no information about her educational background. However, it is believed that she is highly educated considering her career.

Hannah is from Doncaster in South Yorkshire. She announced this recently as Doncaster was one of the towns that recently received ‘city’ status as part of the Queen’s Platinum jubilee celebrations.

“Hi, I’m Hannah and I’m from the city of Doncaster (They’ve been trying to do this since I was about 12, now to figure out what it really means),” she shared.

Despite being a media personality, Hannah has managed to keep her personal life away from the limelight. Therefore it is not known whether she is married, single, or in a relationship. She hasn’t also revealed whether she has children or not.

Miller is a business presenter at BBC Breakfast. She joined BBC in July 2022, from ITV News where she reported on stories across the North of England for ITV News. She presents the business news on Thursdays and Fridays, with Nina Warhurst presenting Monday to Wednesday.

Prior to becoming a North of England reporter for ITV News, she was a political correspondent for ITV’s Granada Reports, covering politics in the North West of England. She was recognized by the Royal Television Society in 2021 as Nations and Regions Presenter of the Year and has most recently regularly appeared as a presenter on ITV’s Peston programme.

On her new role, Miller said: “I am delighted to be joining the BBC Breakfast team at a time where work and money are at the forefront of people’s minds. I look forward to continuing the excellent work the team already does in helping audiences to understand complex economic stories, as well as delivering original journalism.”

Richard Frediani, Editor of BBC Breakfast said: ‘’Miller is a first-class award-winning journalist who is a brilliant addition to the BBC Breakfast team. The Cost of Living crisis is crucial to millions of viewers and Miller will play a major role in explaining to our audience the key developments in the story. I’m delighted Miller is joining the UK’s most-watched Breakfast show.’’

Miller grew up in Doncaster and was mentored by Morland Sanders while working at ITV Calendar in Leeds. She had previously worked as a researcher at BBC Radio 4 and at Channel 4 News. After the John Schofield mentoring scheme, Miller went on to work as a political reporter in Manchester.

“It is hard to believe now that during my time as a mentee with the John Schofield Trust I had to be pretty much forced into doing a piece to camera. Without Morland’s encouragement, it would have taken me much longer to make those first steps and for that, I’ll always be grateful. It feels like we are living through a real “moment” for politics in the North of England, but in reality, attitudes tend to shift more gradually. I hope my work will always try to get the answers people want,” Miller said.

Hannah Miller Salary and Net Worth