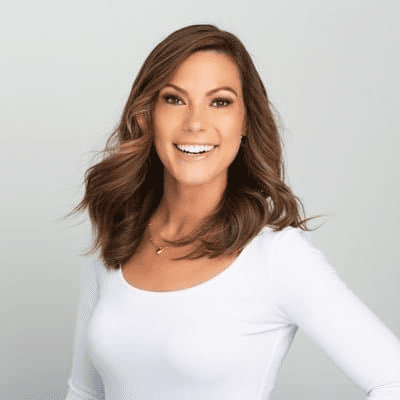 Lisa Boothe (Lisa Marie Boothe) is a media personality serving as a contributor for Fox News Channel. She joined the network in 2016, providing political analysis and commentary across FNC’s daytime and primetime programming. She is also the founder and president of High Noon Strategies.

She stands at a height of 5 feet and 2 inches tall.

Boothe earned a Bachelor of Arts degree in Political Science and Government from the University of Tennessee-Knoxville in 2007. While in High school, she played field hockey and lacrosse, winning two state championship rings. She also had a torn ligament while playing hockey.

She is the daughter of Jeffrey Ferris Boothe and Dianne Marie. Her father worked as a political analyst and an aide to a U.S. senator at Capitol Hill in Washington D.C while her mother is a home maker. Her family moved from West Virginia, where she was born to Washington D.C due to her father’s job.

She has three brothers; an older brother and two younger brothers. Her grandfather, Carl Wilkinson served in the army and had a profound knowledge of the field. He succumbed to diabetes.

When it comes to personal life, Lisa is very private. Therefore, there is very little information about her love life. She is not married though she is (or was) in a relationship with John Bourbonia Cummins, with whom she had a humorous Facebook exchange in 2015. After Lisa posted a photo at the time, John replied, “Thanks for cropping me out!” Lisa’s reply: “Love you. Mean it.”

Boothe does not have kids although she has a dog named Bella.

Boothe joined FOX News Channel (FNC) in 2016 as a network contributor, providing political analysis and commentary across Fox News Channel’s daytime and primetime programming. In addition to her role at FNC, she is the founder and president of High Noon Strategies, a boutique political communications and public affairs firm. She was also a contributing writer for The Washington Examiner.

Prior to her current positions, Boothe was part of the executive team of WPA Research where she led the polling efforts for political campaigns across the country. Additionally, she has led communications efforts for congressmen, senators and Super PACs.

Boothe was also a Republican strategist, Executive director, “The Blackrock Group” [2014] and former communications director at the U.S. House of Representatives.

She earns an average salary of $1.5 million per year.