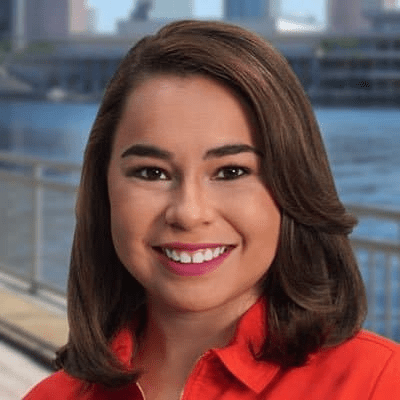 Katie Jones is a media personality serving as a digital reporter at WTSP-TV in St Petersburg, Florida, United States. Previously, she was a reporter, morning anchor, and producer at WBNG in Binghamton, New York.

Jones is of American nationality.

She grew up in Houston, Texas, but later moved to the San Francisco area. However, there is no information about her parents. It is also not known whether she has siblings or not.

Katie isn’t married. She is in a relationship with Matt Stenberg.

Jones is a digital reporter at WTSP-TV in St Peterburg, Florida, United States. She joined the team in July 2021. Prior to joining WTSP-TV, Jones started her career at WBNG in Binghamton, New York. While there she worked as a reporter, anchor, and producer. She joined the WBNG team in January 2019 and served for two years 6 months.

During her time at WBNG, she covered important issues in local politics, Black Lives Matter protests and severe winter storms.

When Jones is not in the newsroom, she loves fishing, boating, hitting the beach, and trying out new restaurants. She also spends time working on her saltwater aquarium, caring for her clownfish and corals.

Katie Jones Salary and Net Worth