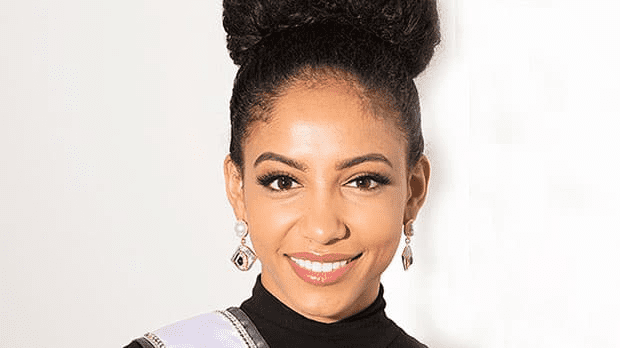 Cheslie Kryst was an American public figure who was crowned Miss USA 2019. She was also an attorney and an Emmy-nominated correspondent at Extra TV. She died on January 30, 2022, in New York City.

Kryst is of American nationality.

She also enrolled in Wake Forest University School of Law in Winston-Salem, North Carolina, graduating with a Juris Doctor and Master of Business Administration in 2017.

Cheslie is the daughter of April Simpkins (African American) and Rodney Kryst (Polish American). Her mother, April is an HR boss with more than 30 years of experience. She is currently the Chief Human Resources Officer of Totalhr, a human resource business focused on helping small and mid-sized enterprises.

She also competed in pageantry and was crowned Mrs. North Carolina US when Cheslie was a child.

Cheslie once said her mum had inspired her.

“My mom is my role model. I always look up to her and ask her for her advice.

“As a state pageant champion, she’s built an incredible role model, I wanted to follow in her footsteps because I held her highly.

“So did my decision to double major in Marketing and Human Resource Management.

“My mom made HR sound fun, so that’s what I chose.”

Her father, Rodney was a bodybuilder. Once, she reported being inspired by her dad. While talking about him she said: “Today is a special day to show appreciation to all the fathers and father figures who have made our lives special.

“My dad introduced me to athletics. He took my siblings and me to the track every weekend when we were young when we didn’t want to.

“And he told us endless stories of his body-building days.”

She had five siblings, four brothers, Asa, Chandler, Jet, and Brooklyn, and a sister, Page.

Despite being a public figure, Cheslie has managed to keep her personal life away from the limelight. Therefore, it is not known whether she was married, single, or in a relationship.

Cheslie was an American television presenter, model, and beauty pageant titleholder who was crowned Miss USA 2019. As Miss USA, she represented the United States at the Miss Universe 2019 competition and finished in the top ten. Outside of pageantry, she was a licensed attorney and had served as a correspondent for Extra from October 2019 until her death. For her work on Extra, she was nominated for two Daytime Emmy Awards.

Kryst had black natural curly hair. In 2019, she competed in the Miss USA wearing beautiful curls, ending the myth that straight hair is the standard for pageant queens.

“Although more women are competing with natural hair nowadays, there still aren’t many,” she told Refinery29. “So, I was a little bit worried and anxious about doing it, but I thought, ‘I want to do it as the most real and authentic me,’ and that’s really what my hair represents.”

However, there is one thing she wished people would understand about her natural hair. “Sometimes I’ll go to a networking event or even out in public, and people will just randomly touch my hair, which is a little strange and makes me feel uncomfortable,” she said, remembering one moment when a woman ran her fingers through her hair. “It’s OK to remind people that this is still my hair, and I don’t want you to pet it — just admire it.”

Cheslie died on January 30, 2022, in what’s suspected to be a suicide. She jumped from her luxury 60-story Orion building at 350 W. 42nd St. around 7:15 a.m. and was found dead in the street below. She also left behind a note saying she wanted to leave everything to her mother.

Prior to the incident, she was last seen on the 29th-floor terrace of the building shortly after 7 am.

“In devastation and great sorrow, we share the passing of our beloved Cheslie,” her family said in a statement.

“Her great light was one that inspired others around the world with her beauty and strength. She cared, she loved, she laughed and she shined.

“Cheslie embodied love and served others, whether through her work as an attorney fighting for social justice, as Miss USA and as a host on Extra.”

“But most importantly as a daughter, sister, friend, mentor, and colleague — we know her impact will live on.”

Cheslie also wrote on Instagram, “May this day bring you rest and peace,” just hours before her death.

In 2019, she spoke out on Facebook for World Mental Health Day, describing her routine for coping with stress.

“I do a lot to make sure that I maintain my mental health,” she said.

“And the most important thing that I did is talk to a counselor. She’s really easy to talk to.

“She gives me great strategies especially if I’m sad or happy or have a busy month ahead of me.

“When I’m not talking to my counselor, I spend time at the end of every single day to just decompress. I unplug, I shut my phone off, I don’t answer messages. I just sit and watch my favorite movies.”