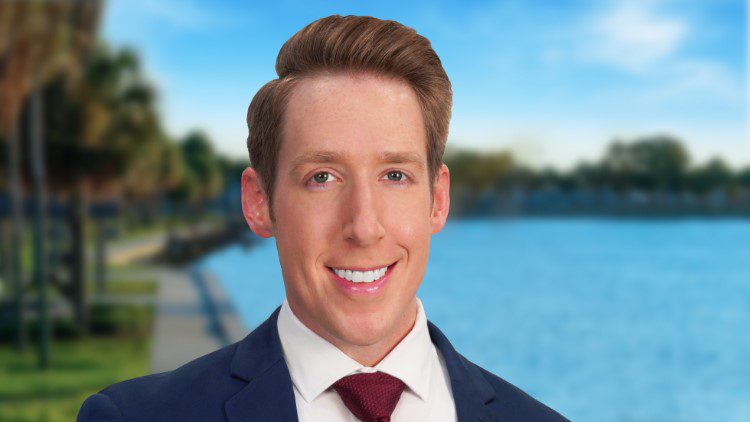 Sidorowicz is of American nationality.

From 2005 to 2009, he studied at Sterling Heights High School. He also graduated from Michigan State University with a Bachelor’s degree in Broadcast Journalism and a minor in Political Science in 2013.

Sidorowicz grew up in the Detroit area. Nonetheless, there is no information about his family.

Josh is married to Andrew Krietz, a senior digital producer at 10 Tampa Bay. They exchanged their wedding vows in June 2021 in Michigan.

Andrew and Josh only met once before they worked together at The State News in fall 2010.

“We met freshman year in a sort of a met one night and then never saw each other again type of thing,” Josh said. “It wasn’t until the following year, our sophomore year, that I came to work at The State News, and Andrew had already been working there, and we finally learned each other’s names.”

Andrew was starting his third semester at The State News and Josh joined as an intern. All the time spent together turned into a relationship, and they started dating in June 2013, a month after they graduated, Josh said.

Currently, the couple lives in St. Petersburg with their rescue dog Beau. They also work at the same news organization in Tampa now.

“We’ve been living together and moving around for the past couple of years now, cross country,” Andrew said. “We didn’t even realize it at the time, but we just go with it.”

Sidorowicz joined the 10 Tampa Bay news team in 2017. Before moving to Florida, he was a political reporter and weekend evening anchor at WXMI-TV in Grand Rapids, Michigan. While there, he was nominated for an Emmy for his reporting. He also covered the historic 2016 presidential campaign and reported from Washington D.C. on the congressional hearings for the Flint water crisis and the U.S. Supreme Court oral arguments in Obergefell v Hodges. The case led to the nationwide legalization of same-sex marriage.

He started his career at WILX-TV in Lansing, Michigan where he covered the state capital and his alma mater Michigan State University. When he’s not working, he loves cooking (in another life he probably would’ve gone to culinary school, but for now he’ll settle for his collection of Ina Garten cookbooks) and trying out all of the great new restaurants in the area. Growing up in the Motor City, he also loves cars and prefers his with a manual transmission (too bad they’re becoming increasingly hard to find).

Josh Sidorowicz Salary and Net Worth