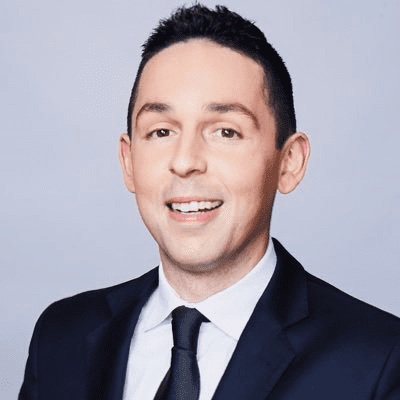 Josh Campbell is a media personality serving as the CNN correspondent covering national security and law enforcement. He reports both domestically and internationally, and provides on-air analysis across CNN platforms.

Campbell is an American national.

Campbell graduated with a Bachelor of Arts degree in Government from The University of Texas at Austin. He also received a Masters degree in Communication from Johns Hopkins University and completed the Middlebury College Arabic language immersion program.

There is no information about his parents.

He has not revealed to the public information about his siblings.

He is a married man and he married his husband whose name is unknown on July 4, 2019.

Campbell is a highly secretive person when it comes to his family. He has not shared with the public whether he has kids or not.

Campbell is a CNN correspondent covering national security and law enforcement. He reports both domestically and internationally, and provides on-air analysis across CNN platforms.

His work gained an Emmy nomination for team coverage of terrorism in America, and he contributed to CNN’s award-winning team on the ground in Istanbul reporting on the murder of journalist Jamal Khashoggi.

Previously, he was a Supervisory Special Agent with the U.S. Federal Bureau of Investigation, spending over a decade conducting terrorism, hostage-recovery, cyber, and counterintelligence investigations. His work included diplomatic postings to American embassies abroad as a representative to foreign law enforcement and intelligence services; operational assignments in conflict zones; crisis communication manager; and a tour as senior career agent in the Office of the FBI Director. He received four FBI Combat Theater Awards for his work embedded with military special operations and CIA teams abroad.

Campbell is an adjunct senior fellow and policy researcher with the Center for a New American Security and a term member with the Council on Foreign Relations. In addition, he is a Navy veteran and has taught digital and national security at the University of Southern California.

He is the author of Crossfire Hurricane: Inside Donald Trump’s War on Justice and the FBI. This is a book whose story is based on the tension between Trump and American intelligence agencies that has persisted throughout his presidency.

He is also the author of a New York Times op-ed titled “Why I am Leaving the FBI” published on February 2, 2018.

He has a net worth ranging between $1 million to $5 million.