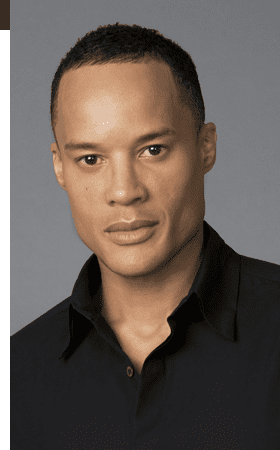 Jason Carroll is a media personality serving as the national correspondent for CNN based in the network’s New York bureau. He joined CNN in 2001.

Carroll’s age is unknown though he was born in Westlake village in California, USA.

He stands at a height of 6 feet 1 inch tall.

Carroll attained his Bachelor of Arts degree in literature and creative writing from the University of Southern California, located in Los Angeles, California.

He is the son of Melvin Larry and Fredricka Allison.

He has two siblings, a brother, Melvin L Carroll Jr. and a sister, Stacy Sykes.

Carroll is a very secretive man when it comes to his personal life. He has managed to keep his love life out of the limelight. Because of this reason it is not clear whether he is married, single or in a relationship.

He has not shared any information about whether he has kids or not.

Carroll is a national correspondent for CNN based in the network’s New York bureau. Previously, he co-anchored the morning news program Ahead of the Curve, which aired simultaneously on CNN/U.S. and CNNfn, CNN’s financial network.

He joined CNN in 2001 and has since worked on a variety of enterprising stories. They include: groundbreaking yearlong series, “A Soldier’s Story” which took him from the Homefront to Afghanistan. He also has covered numerous breaking news events such as the capture of Osama Bin Laden, the earthquake in Haiti, Hurricane Katrina, the London terrorist bombing plot and on-scene coverage of American Airlines Flight 587 in Queens, N.Y.

His net worth is estimated not to be above $5 million.