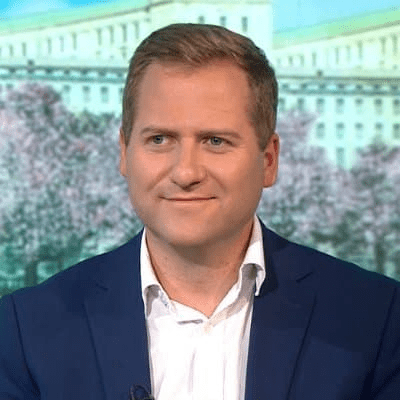 John Stevens is a media personality serving as the Daily Mail’s Deputy Political Editor. On July 13, 2022, The Daily Mirror appointed him as its new Political Editor, succeeding Pippa Crerar . However, he will start his new role in the autumn.

Stevens is British by nationality.

John attended Truro College from 2003 – 2005. He also studied Bachelor of Arts in Economics & Politics at the University of Exeter from 2005 – 2008. In addition, he graduated from City, University of London with a Master of Arts degree in Newspaper Journalism in 2010.

Despite being a media personality John has managed to keep his personal life away from the limelight. Therefore, it is not clear whether he is married, single, or in a relationship.

Stevens has been deputy political editor at the Daily Mail since 2017 when he was described as “a star in the making”. He has spent 12 years at the Mail titles in Glasgow, New York, Cambridge, and London.

He described the political editor role, which he will start in the autumn, as his “dream job” coming at an “incredible moment in British political history” as the Conservative party prepares to appoint a new leader and prime minister.

Stevens added: “The Mirror’s brilliant political team has led the pack at Westminster in the past year. I cannot wait to get started.”

Stevens was shortlisted for the Politics Journalism prize at the 2021 British Journalism Awards for revealing that then-Foreign Secretary Dominic Raab was on holiday and “too busy” to help British troops’ Afghan translators during the fall of Kabul.

Mirror editor-in-chief Alison Phillips said: “Stevens is a proven story getter who has broken exclusive after exclusive, including the revelations about Dominic Raab’s holiday at the height of the Afghan withdrawal crisis, and we are delighted to welcome him to the Mirror.

“In the last few years, the Mirror’s political coverage has set the pace in Westminster. We have an outstanding team focused on breaking stories and holding power to account. Under Stevens’s leadership, I am confident the team will reach new heights.”

John Stevens Salary and Net Worth