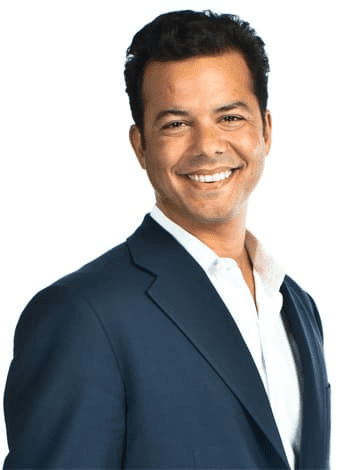 John Avlon is a media personality serving as senior political analyst and fill-in anchor at CNN, appearing on New Day every morning. Previously, he was the editor-in-chief and managing director of The Daily Beast between 2013 and 2018.

He is an American citizen of Greek descent.

He graduated from Milton Academy, a co-educational, independent preparatory school in Milton, Massachusetts in 1991. In 1992, he joined Yale University and graduated in 1996 with a Bachelor of Arts in Political Science and American Studies. He also received an MBA from Columbia University in 2006.

Avlon is the son of Dianne Alexander and John Jeffrey Avlon. His father was a lawyer and a real estate executive with companies in Charleston, South Carolina and New York City. His grandparents were also immigrants.

There is no informati on on whether he has siblings or not.

John is married to Margaret Hoover, the host of Firing Line on PBS and CNN contributor. Margaret is also the great-granddaughter of President Herbert Hoover.

Avlon is a senior political analyst and fill-in anchor at CNN, appearing on New Day every morning. Previously, he was the editor-in-chief and managing director of The Daily Beast between 2013 and 2018, during which time the site’s traffic more than doubled to over one million readers a day while winning 17 journalism awards.

He is the author of the books Independent Nation: How Centrists Can Change American Politics, Wingnuts: How the Lunatic Fringe is Hijacking America, and Washington’s Farewell: The Founding Father’s Warning to Future Generations as well as co-editor of the acclaimed Deadline Artists anthologies of America’s greatest newspaper columns.

In his twenties, Avlon served as chief speechwriter to New York City Mayor Rudy Giuliani. After the attacks of September 11th, 2001, he and his team were responsible for writing the eulogies for all firefighters and police officers murdered in the destruction of the World Trade Center.

Avlon’s essay on the attacks, “The Resilient City” concluded the anthology Empire City: New York through the Centuries and won acclaim as “the single best essay written in the wake of 9/11.” He’s appeared on the Late Show with Stephen Colbert, Real Time with Bill Maher and The Daily Show. He won the National Society of Newspaper Columnists award for best online columnist 2012.

John Avlon Salary and Net Worth