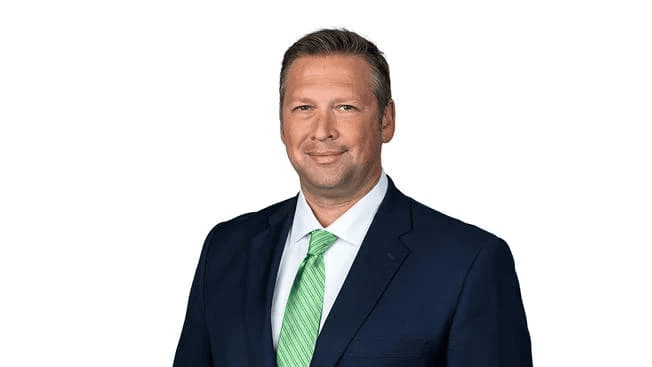 From 1992 to 1994, Joe attended Bishop O’Connell. He also received his Master’s degree from Syracuse University in 1999. However, he credits George Mason University with building a strong foundation for his career. In 1998, he earned his BA in Speech Communication. While at Mason, Joe was a proud member of the Men’s Basketball Team (Career Totals: 2 points, 3 rebounds). In 2010, the Department of Communication and the College of Humanities & Social Sciences named Joe the Alumnus of the Year.

Joe’s dad was a surgeon while his mom was a nurse. He also has an elder brother who is also a doctor.

“I was a lost soul when I started down this path in television news. My dad was a surgeon while my mom was a nurse. My older brother was a doctor. It was a meatball. I was a one-time college basketball bench warmer who wanted to be a sports broadcaster at ESPN. I had no idea what to do or how to get there,” Joe says.

“My parents had no idea what I was doing either. I figured it out on my own. However, I was too stupid to ask for help along the way and my path to success took much longer.”

Joe is married to his wife Audra Stafford. The couple tied the knot on January 14, 2020, and together they have two boys.

Audra is a morning reporter for NBC 7 in San Diego. She is also a correspondent for the syndicated lifestyle show California Life and for BroadwayWorld.com. In addition, she is the host of Broadway/San Diego’s annual Season Preview TV special.

She is the recipient of five Emmy Awards from the National Academy of Television Arts and Sciences Pacific Southwest Chapter. She also received two Student Emmys while at San Diego State University, where she earned her Bachelor of Science degree in Television, Film, and New Media Production.

Joe is a television news reporter and the Director of Storytelling at NBC7 in San Diego, CA. The proud Multimedia Journalist often travels the country with his Garden Gnome teaching his strategies for better storytelling, on-camera performances, and time management.

He has been awarded 17 Emmys and was a finalist for the NPPA’s Photojournalism Award for Reporting in 2017. His creative stories have taken viewers as far away as Pakistan; to a story completely contained inside a dumpster.

Joe’s mantra: “If your ship doesn’t come in, swim out to it.”

It has served him well since 1999 as he zigzagged across the country as a television news reporter and anchor with stops in Hagerstown, Maryland; Johnstown, Pennsylvania; San Diego, and Carlsbad, California. He teaches journalists and students from around the world how to improve their visual storytelling. He joined the faculty at the NPPA News Video Workshop in Norman, Oklahoma in 2013. Coincidentally, that was also the last year he used a stick mic.

His coverage of the 9/11 attacks is among Joe’s greatest accomplishments. He was four miles away from Shanksville, Pennsylvania when United Flight 93 crashed. Joe was also one of the first reporters on the scene. His accounts are included in a book called Covering Catastrophe: Broadcast Journalists Report on 9/11. Joe’s expertise has also been included in a number of journalism textbooks.

Joe Little Salary and Net Worth