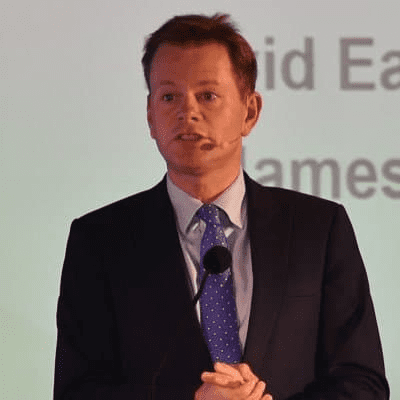 James Pearce is a media personality serving as a broadcaster, communications trainer, conference speaker and host. Previously, he was BBC sports presenter and Olympics correspondent.

Pearce is British by nationality.

Pearce studied at Radley College, a boarding independent school near the village of Radley in Oxfordshire, followed by the University of Exeter in Devon, where he studied Politics.

He was brought up in the village of Pirbright in Surrey. However there is no information about his family.

Despite being a media personality, James has managed to keep his personal life away from the limelight. Therefore it is not known whether he is married, single or in a relationship. He hasn’t also revealed whether he has children or not.

James is a broadcaster, media trainer, keynote speaker, event host and consultant. Recent events that he has hosted include the Times, Sunday Times and Sun Travel Awards in Las Vegas, a two day NMBS conference in Tenerife, the annual SportAccord Convention in Bangkok and then the following year in Brisbane, the British Swimming Awards, the Sport Industry Breakfast Club, and a three day international sales event for New Balance sales staff in London.

For two decades James was one of the most regular faces on the BBC’s Television News bulletins. He is also an award winning correspondent and  he has reported from 4 World Cups, 5 Summer Olympics, 5 Winter Olympics, 3 European Football Championships and 3 Commonwealth Games. In addition, he’s also had the privilege of being the BBC’s Olympics Correspondent for London 2012, working right at the heart of the Games, all the way from the start of the bid in 2003 to the unforgettable summer of 2012.

During his career James has interviewed all six of the UK’s most recent Prime Ministers. He was broadcasting on the BBC’s set in Singapore, alongside Sue Barker, when London was chosen as host in 2005. In 2012 he had a ringside seat for many of the highlights of the Games. Night after night his reports were the lead story on all the BBC’s television bulletins.

One of James’ more unusual claims to fame is that he was invited to score the first goal at the new Wembley Stadium. He was wearing a builder’s helmet and wellington boots at the time, but, broadcasting live on BBC News, managed to find the back of the net from a full two yards out.

James Pearce Salary and Net Worth