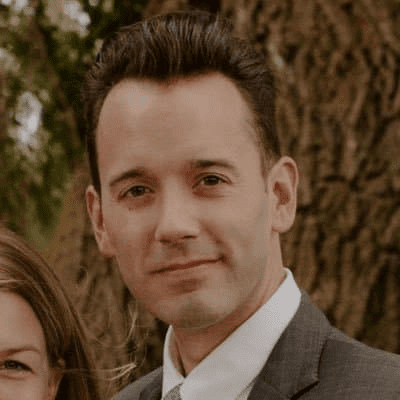 Jacob Kittilstad is a media personality serving as a news reporter at FOX 4 News in Kansas City. Previously, he was the host of the public affairs program Racine & Me.

He is 34 years old. He was born in Milwaukee, Wisconsin in a sterile room under fluorescent lights in April 1988.

Jacob grew up in two different Milwaukee suburbs: Waukesha and Thiensville. He attended Waukesha South High School and graduated from Homestead High School. He also swam for the Waukesha Express Swim Team and the Schroeder Swim Team and was 2006 State Champion in the 200 freestyle.

Kittilstad is the son of Ann Marie Balzo. He was born in Milwaukee, Wisconsin in a sterile room under fluorescent lights. As a young child, his parents threw him into the water to race against other children thrown into the water by their parents. He learned to read at age 7. He also got good grades because he was told it was important.

Additionally, Kittilstad swam faster and faster because it felt good to win. His mother passed away on April 22, 2021, after suffering from Pancreatic Cancer.

Kittilstad wrote: “My sister Paige found an envelope in a drawer labeled “To My Kids” that contained handwritten letters to each of us. My mom must have written them immediately after she was diagnosed with Pancreatic Cancer. They are loving, reassuring, and specifically inspiring to all of us. I will treasure that forever – and I am really going to try to embody everything she was to me.”

He has two sisters, Megan and Paige.

Jacob is married to Eleanor Kittilstad. The couple tied the knot on June 8, 2014. He also has a furry gray cat named Hinckley.

Jacob is a news reporter at FOX 4 News Kansas City since August 2020. He secured his first journalism job as an intern at Swimming World Magazine. That line on his resume got him an early web internship at KSTP TV in Saint Paul, Minnesota. A producer at the station acted as a strong reference, allowing Jacob to secure a job at FOX 21 News in Duluth, Minnesota. He made $21,500 in his first year.

Jacob returned to his home state as a cyborg augmented with the capability to shoot and edit his own video. He took a job at CBS 58 WDJT which is technically in West Allis, Wisconsin – not Milwaukee.

He would start as a weekend Multi-media journalist and work his way up to being a nightside reporter, later a weekend anchor, and finally the host of the public affairs program Racine & Me. But that list of ladder-climbing is boring. The resume lines do not convey the reality that Jacob capitalized on luck and opportunity in the same way he would when rolling dice from a Yahtzee Shaker.