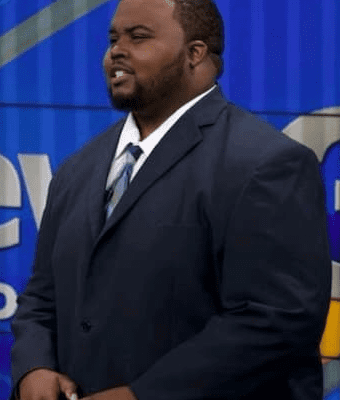 Jack Patterson is a media personality serving as a Sports Anchor/Reporter at WRBL News 3. He joined the News 3 team in February 2013 as a Production Technician. Previously, he served as a Newscast Director at WRBL News 3.

Patterson graduated from the Mass Communications Academy at Shaw High School in 2010. During his time at Shaw, he was a Ledger-Enquirer Page One Award nominee for Journalism and helped the “Silver Star” newsmagazine win four Georgia Scholastic Press Association awards during his time on staff.

Patterson is a native of Columbus. However, there is no information about his parents.

He hasn’t also shared with the public whether he has siblings or not.

He has managed to keep his personal life away from the limelight. Therefore, there is no information on whether he is married, single, or in a relationship.

Jack is a Sports Anchor/Reporter at WRBL News 3. He joined the News 3 team in February 2013 as a Production Technician.

His television career started in 2010 as a Production Assistant at WTVM, prior to leaving for Fort Valley.

In 2015, he was WRBL’s representative in the “Circle of Excellence,” an employee recognition award presented by WRBL’s former parent company Media General. Jack was promoted to Weekend Newscast Director in January 2018, a position he held until being promoted to the sports department as Weekend Sports Anchor/Reporter in October 2019.

Sports have played a major role in Jack’s career and life. He was a four-year starter for Shaw’s tennis team, helping them to two GHSA playoff appearances in 2009 and 2010. He also served on the football video crews at Shaw High and Fort Valley State.

In his time at News 3, Jack has played a major role in the sports department, serving as host of wrbl.com’s PrepZone Preview since 2014, and covering numerous high school and collegiate sporting events. As a fan, he’s a die-hard Atlanta sports fan, cheering for the Falcons, Braves, Hawks, and Atlanta United, as well as the Nashville Predators hockey team. Jack has also been a lifelong wrestling fan, attending events on an annual basis.