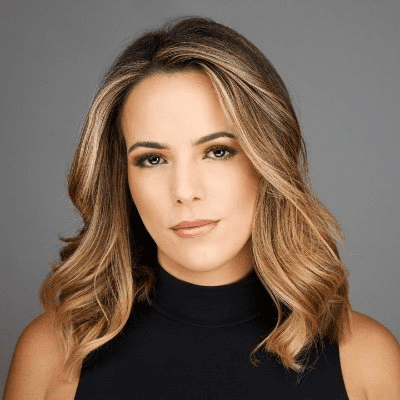 Isabel Rosales is a media personality serving as a national correspondent for CNN Newsource based in Washington, D.C. She joined the network in April 2021 and she covers domestic stories for CNN Newsource’s 1,200+ local news partners. Previously she was a crime reporter and weekend evening anchor for WFTS, in Tampa, Florida.

She is Cuban-American since she was born in Holguin, Cuba and immigrated to the United States when she was six-years-old.

She is the daughter of two civil engineers. Her parents were civil engineers by profession. She was born in the “City of Parks” Holguin, Cuba and raised there until she was 6 years when her family was granted a visa to leave Cuba and immigrate to the U.S in 1998.

When it comes to personal life Isabel remains private. It is therefore not known whether she is married, single or in a relationship.

Rosales is a national correspondent for CNN Newsource based in Washington, D.C. She joined the network in April 2021 and she covers domestic stories for CNN Newsource’s 1,200+ local news partners. Previously she was an anchor at ABC Action News until March 8, 2021. In a tweet she informed her fans that she was leaving ABC Action News.

?PERSONAL UPDATE | THREAD | Monday will be my last day at ABC Action News, after five years. Meaning, this is my last weekend anchoring your 6 p.m. and 11 p.m. newscasts. 1/ pic.twitter.com/IjPeweRj1w

She also gave an update on her first day at CNN,

PERSONAL UPDATE | I told you guys I would give you an update as soon as I could. Here it is ??I am incredibly honored and excited to announce I’m joining @CNN @CNNNewsource based out of Washington D.C. The future is bright. https://t.co/IIVTcuuvUr

Rosales joined ABC Action News as a Multimedia Journalist in September 2016. She also served as a crime reporter and weekend evening anchor for WFTS, in Tampa, Florida. There, she uncovered law enforcement accountability stories and exposed a case of first responder theft of the coronavirus vaccine. Early during the international pandemic, she led her team in confirming Florida’s first coronavirus case while challenging state leaders’ accountability for their response to the critical news.

She first started at WFTS as a Latino beat reporter where she gave a voice to the voiceless and underserved communities and reported on inequity and current events in the Latino community such as migrant workers forced to walk for miles to get to work because of the lack of public transportation and farm workers targeted by burglars.

In 2018, she first broke the international story of Carla Stefaniak, a Florida woman who went missing while on vacation in Costa Rica. She also covered the trial of the security guard charged with her murder.

Rosales is a member of the National Association of Hispanic Journalists and Investigative Reporters & Editors. She started her journalism career in 2014 in Harrisonburg, Virginia at WHSV.