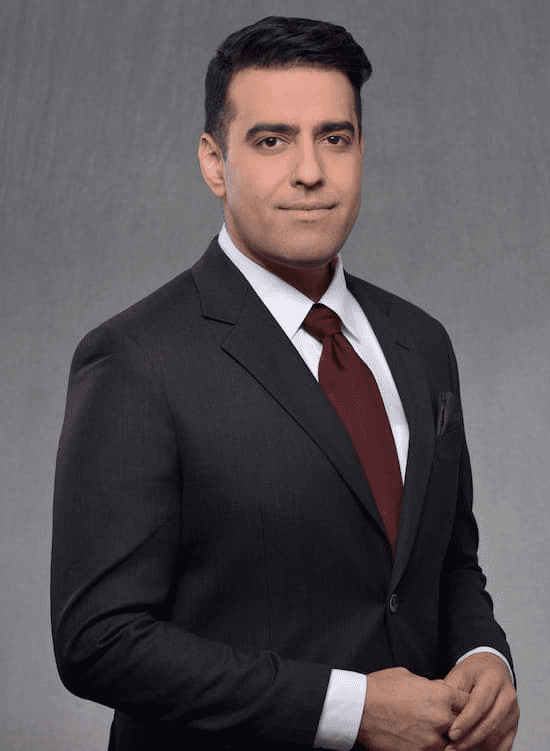 Tyab is Canadian by nationality.

He studied Journalism in his native Vancouver.

Despite being a media personality Imtiaz has managed to keep his personal life away from the limelight. It is therefore not known whether he is married, single, or in a relationship. He hasn’t also disclosed whether he has children or not.

Tyab is a foreign correspondent for CBS News based in London. He reports for all platforms, including the “CBS Evening News,” “CBS Mornings,” “CBS Sunday Morning,” and CBSN, CBS News’ 24/7 streaming news service. He joined the network in April 2019 and has extensive experience reporting from major global flashpoints, including the Middle East and the war on terror.

Prior to CBS, Tyab was a correspondent for Al Jazeera English. He joined AJE in 2010 and covered the aftermath of the devastating Haiti earthquake that killed more than 220,000 people and displaced around 3 million. Tyab also spent several years in Pakistan and was one of the first international journalists to report live from outside Osama bin Laden’s compound after he was killed in a U.S. Special Forces raid, securing exclusive footage from inside the hideout. Additionally, he broke the news that a little-known teenage education activist, the now world-famous and Nobel-winning Malala Yousafzai, had been shot in the head by the Taliban.

Tyab gained rare access to Pakistani tribal areas targeted in the CIA’s covert drone war and embedded with the U.S. military in neighboring Afghanistan multiple times, including on training missions alongside the Afghan National Security Forces.

In 2014, he traveled across Afghanistan to report on elections that saw the country’s first-ever democratic transition of power. Tyab moved to the Middle East later that year and was based in Jerusalem. He spent several weeks inside Gaza during Israel’s 50-day war with Hamas, gaining exclusive access to an underground prison where Palestinians suspected of collaborating with Israel were held before being executed. He also provided in-depth coverage of the Israeli-Palestinian conflict, as well as national elections which saw Prime Minister Benjamin Netanyahu secure a fourth term in power. Tyab moved to Beirut in 2016, where he covered Lebanese politics and reported extensively on the Syrian war, including the fall of Aleppo and the refugee crisis.

Before joining Al Jazeera English, Tyab was a London-based reporter for BBC News. He covered a general election, the 2007-08 global economic crisis, and the deadly 2005 terrorist attacks on London’s transport network by British-born suicide bombers. He was posted to the U.S. in 2009 to cover the first year of Barack Obama’s presidency. From Washington, he reported on the confirmation of Sonia Sotomayor as the Supreme Court’s first Hispanic justice, Senator Ted Kennedy’s funeral, and the passage of the Affordable Care Act.

Tyab started his career as a reporter at the Canadian Broadcasting Corporation.

His salary is undisclosed.