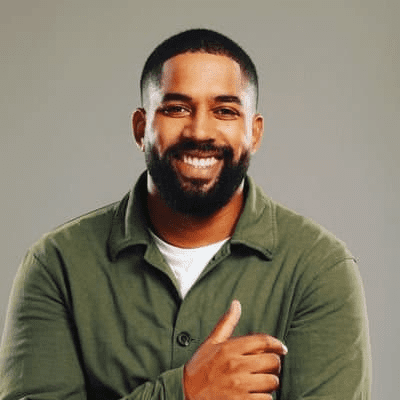 Hugh Woozencroft is a media personality serving as the main host of ‘Kick Off’ each Thursday on TalkSPORT. He is also the host of The Times ‘The Game Podcast’, released every Monday and Thursday. Additionally, he is the co-host of ESPN UK’s weekly Football Forecast show. Previously he was a presenter for BBC Sports.

Woozencroft is British by nationality.

He graduated in 2008 with a Bachelor’s degree in Philosophy and Politics from the University of Essex. He also received a Master’s degree in Sports Journalism from St. Mary’s University, Twickenham in 2011.

His father is pure Jamaica.

My dad is pure Jamaica… ?? family calls him and he answers “Good Year!”

He has a partner. On April 1, 2020, he tweeted: “My partner has just revealed she’s never seen the film Moonwalker. Another sleepless night.”

In August 2021, Hugh became a radio presenter at talkSPORT. He is the main host of ‘Kick Off’ each Thursday. He is also the main presenter of ‘GameDay Countdown’ each and every Friday night.

While studying for a Masters degree in Sports Journalism in 2010, Hugh was engaged as a Broadcast Assistant on BBC Radio 5Live’s flagship sport journalism programme ‘Sportsweek’ before joining the 5Live Sport team in the same role, with a focus on rugby union and boxing. He helped produce a specially commissioned station ‘Olympics Extra’ for the duration of the London Games in 2012, based inside the Olympic Park.

Hugh was a part of Radio 5Live’s move to Salford a couple of years later and worked regularly on other output including Test Match Special and 606. He quickly moved into an Assistant Producer roles in BBC Sports News, where he began broadcasting on air with Radio 5live in 2013.

Two years later, Hugh became one of the key television sport presenters on BBC Two’s ‘The Victoria Derbyshire Show’ and on BBC News, covering the likes of Wimbledon, Champions League finals, The Ashes Series and The Boat Race.

He has also presented for Premier League Productions and in 2019 became the primetime presenter of the 7pm Kick Off show every Tuesday-Thursday. The show focuses on European and domestic football and a wide breadth of sporting stories to a national audience.

He received praise for his revealing 2018 article ‘Why BBC Sport can’t escape Sports Journalism’s Problem’ and sits on the board for The Black Collective of Media in Sport (BCOMS) which actively works to develop opportunities for BAME people within the sports media industry.

He has mediated and participated in a number of live panels and tours including ‘The 1xtra Live Tour’, ‘The BBC Bitesize Tour’ and has chaired panels for the BBC’s Diversity and Inclusion Summit, amongst a number of others.

In 2020, Hugh became the host of The Times ‘The Game Podcast’, released every Monday and Thursday.

Hugh Woozencroft Salary and Net Worth