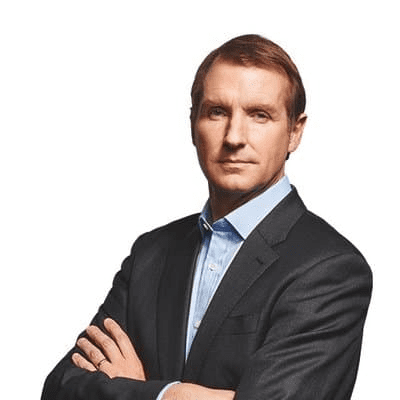 Henry Winter is a media personality serving as the Chief Football Writer for The Times Sport. In 2017, he wrote Fifty Years of Hurt: The Story of England Football. He also makes regular appearances as a pundit on Sky Sports’ Sunday Supplement and BBC Radio 5 Live.

Winter is British by nationality.

He attended Westminster School, before graduating from the University of Edinburgh in 1986.

Winter is the son of an architect and an artist. However, not much is known about his parents.

Henry has an older brother named Abdal Hakim Murad born Timothy John Winter. He was born on May 15, 1960. Timothy attended the elite Westminster School in the 1970s before graduating from Cambridge with a double first in Arabic in 1983.

He says: “I was always the clever, successful one. Henry just wanted to play football with his mates. I used to tell him, ‘I’m going to make loads of money, and you’ll still be playing football with your mates.’ Now he’s living in a house with 10 bedrooms and married to a Bond girl.” (Brother Henry insists on the telephone later: “She was only in the opening credits. And it’s not as many as 10.”)

In 1979 Timothy became a Muslim. He is an English academic, theologian, and Islamic scholar who is a leading proponent of Islamic neo-traditionalism. His work includes publications on Islamic theology, modernity, and Anglo-Muslim relations, and he has translated several Islamic texts.

Winter is married to an actress and former “Bond girl”. However, her name is unknown.

Winter is The Times’ chief football correspondent. He spent a year producing a magazine on sport in London after graduation before joining The Independent at its launch in 1986, writing a sports and schools column. In 1994, he moved to The Daily Telegraph and produced a daily webcast on the 2006 FIFA World Cup in Germany, giving specific information on the England team. In 2015, he joined The Times as the Chief Football Writer.

Over the course of his career, Winter wrote FA Confidential with former FA chief executive David Davies, and ghost-wrote the autobiographies of Liverpool F.C. players Kenny Dalglish, John Barnes, and Steven Gerrard. He also wrote Fifty Years of Hurt: The Story of England Football in 2017. Additionally, he makes regular appearances as a pundit on Sky Sports’ Sunday Supplement and BBC Radio 5 Live.

Winter was named Specialist Correspondent of the Year at the British Sports Journalism Awards in 2004, 2009, 2010, and 2013, and Football Writer of the Year in 2016. In 2010, he was named among the top 10 most influential sportswriters in Britain by the trade publication, Press Gazette.

Henry Winter Salary and Net Worth